Thirty players, including seven major champions, arrived at the 147th Open early last week and received a surprise letter from the R&A.

And no it wasn’t an invitation to dinner in the clubhouse, the letter was a notification to bring their drivers to the testing office located at Carnoustie. 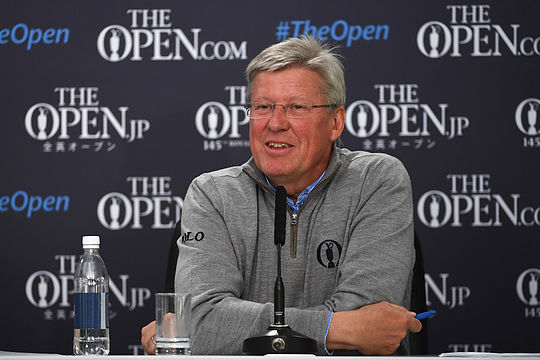 Several players confirmed their drivers passed the COR test, which checks the face of the club for its “spring-like” effect.

The tests done in partnership with the USGA are part of a world-wide push by the governing bodies to keep the technology that is being bought into the game, in check.

“Not just on the Rules of Golf and Amateur Status, but also equipment standards, and we felt it was an appropriate next step to more actively seek to test players’ drivers straight out of the bag,” he said.

“It’s driven by us just trying to keep moving the Championship forward and making it more complete and making sure that there is a service provided to ensure that the players are going out there with clubs that are conforming,” said Slumbers.