A birdie on the final hole sees Daniel Popovic with a two stroke lead moving into the final round of the Australian PGA championship at Coolum.

Since Thursday the 26-year-old Australasian Tour school graduate has held the lead with rounds of 64-70-69. 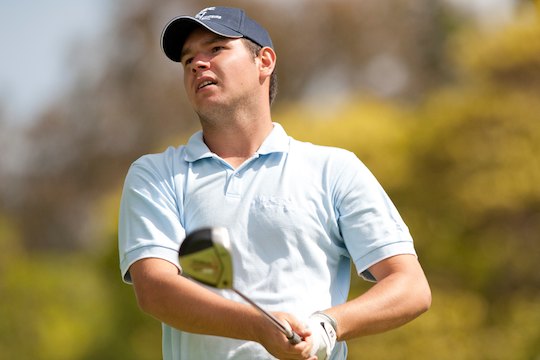 Popovic is at 13-under with Anthony Brown firing the day’s low round 64 to be at 11-under, with Peter Senior and Matt Griffin a shot further back in a tie for 3rd position at 10-under.

“I have another good round left in me as well. Obviously, tomorrow there will be first tee nerves but I’ve been in pressure situations before and came out on top.”

A total of 17 players are within six shots of the lead after a rollercoaster day at Coolum that saw Popovic, Brown and China’s Zhang Xin Jun all at the top of the leader board throughout the round. 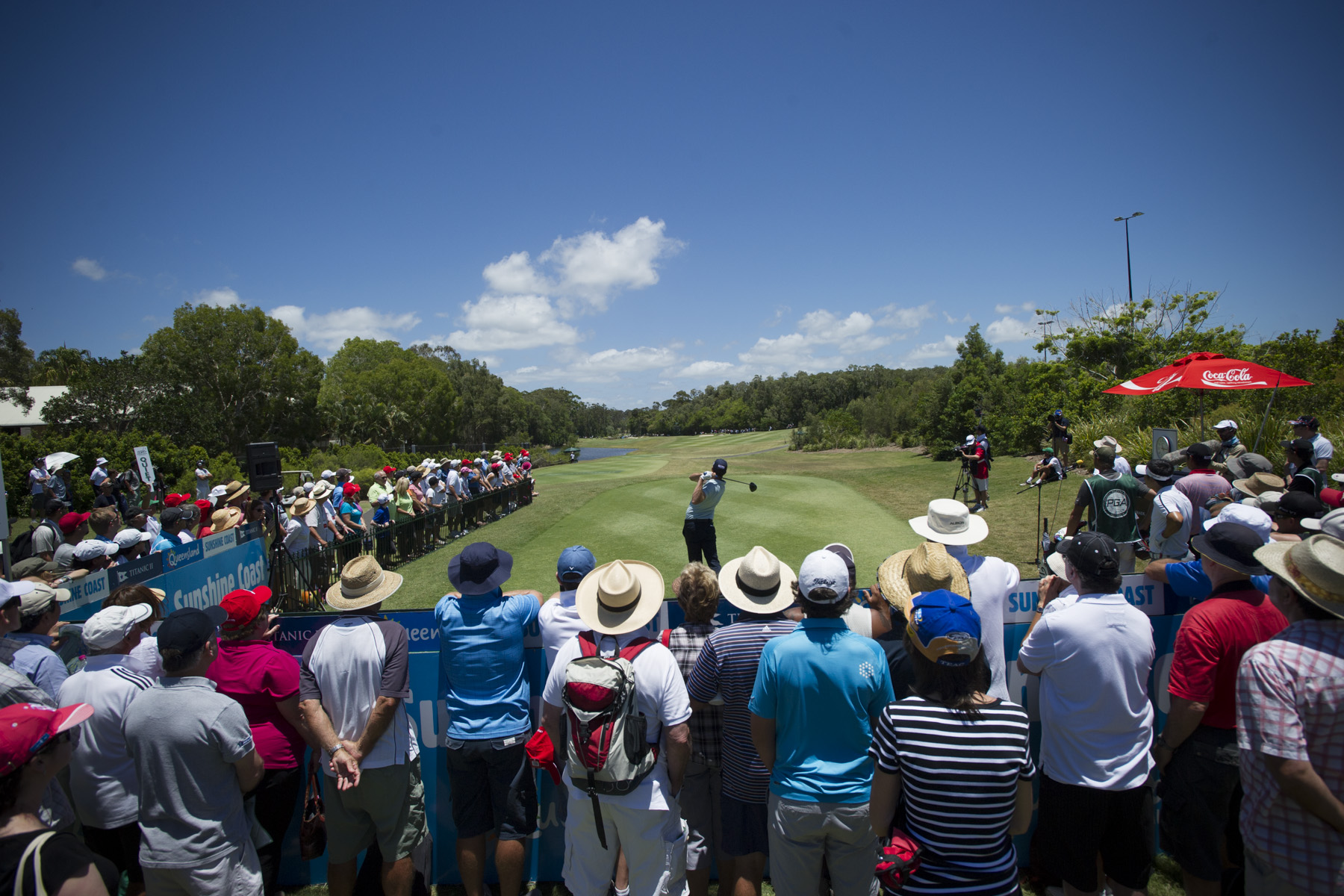 Geoff Ogilvy nails his drive down the first at Coolum during the third round of the Australian PGA Championship (Photo: Anthony Powter)

Japan Tour winner Brendan Jones is in a tie for 5th position at 9-under, along with Rod Pampling, Brad Kennedy and Mathew Goggin.

Popovic birdied the first and third holes to jump out of the gates, but bogeys at the fifth and eighth saw his overnight lead quickly erode.

“But I was surprised with how well I felt out there. My putter saved me three of four putts out there when I was in trouble. This is my fifth tournament in a row and I feel like that I’m ready.”

2006 US Open champion Geoff Ogilvy had a frustrating even par 72 to be eight-under with Zhang, who tumbled down the leaderboard after a triple-bogey on the par-five 12th.

53-year-old Senior, who shocked the golfing world with his triumph at last week’s Australian Open at The Lakes, is in contention to collect another Australian PGA championship title after posting a 4-under 68 on Saturday to be within three shots of Popovic.

After making an earlier comment that ‘lightening doesn’t strike twice’, Senior was remaining coy about his chances tomorrow.

“Yeah, I was taking about lightening, I wasn’t talking about golf tournaments,” said Senior following today’s third round.

“I’m playing a lot better than I did last week. Coolum is a course where any player can really win, if they have a good day on the greens tomorrow, I think anybody can win.”

“It’s great, that’s the way tournaments should be with eight or nine guys in the mix and we have seen some dramas on that eighteenth hole.”

Senior is a three-time winner of the Kirkwood Cup, his most recent victory coming at Coolum in 2010.