Poston’s wire-to-wire win also secured him a spot at the Open Championship along with Bezuidenhout and Emiliano Grillo. Poston started with a 62 on Thursday backing that up with a 65 Friday and 67 Saturday, giving him a three-shot lead heading into Sunday.

A final round of 69 was enough to comfortably secure the victory and Poston’s second PGA Tour win to date after the Wyndham Championship in 2019. He banked US$1.278 million for the win and a move from No. 66 to No. 22 in the FedExCup standings. Poston also moved to a career high 58th in the world rankings.

“It is hard,” said Poston. “Wire to wire, having the lead for so long, it’s just hard not to think about that fine line all week. I tried to stick to the game plan. Got off to a great start and then kind of started to try and give some back. Hit a lot of good shots down the stretch.”

Poston won a week after tying for second in Connecticut in the Travelers Championship. This season Poston has recorded solid results making the weekend in 10 of his 17 starts on the PGA Tour which includes Sunday’s win along with a runner-up and third place finish.

Poston’s arrival in Scotland next week will mark his first appearance at The Open which begins July 14 at The Old Course, St Andrews. 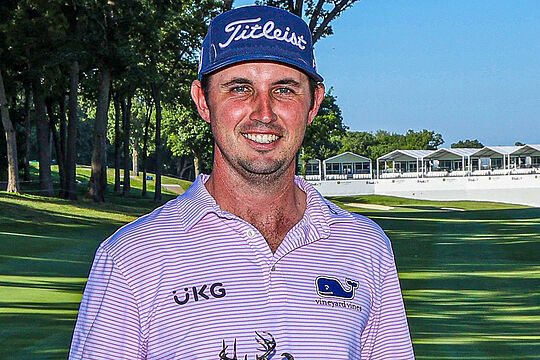 “I can’t wait,” said Poston. “I’ve always wanted to play in one of those at any venue, but first one to be in St. Andrews and the 150th, I can’t wait to get there and see what it’s like.”

Cam Davis finished the best of the Australians in a share of 8th position at 15-under, with Aaron Baddeley in a tie for 51st position.