European Ryder Cup Captain José María Olazábal selected Belgian Nicolas Colsaerts and Englishman Ian Poulter with his two wild card picks to round out his 12-man European Team who will seek to retain The Ryder Cup at Medinah Country Club in Illinois next month.

The selections mean Colsaerts, who won the Volvo World Match Play Championship in May, will be the only rookie on the team for just the third time in the last 30 years. 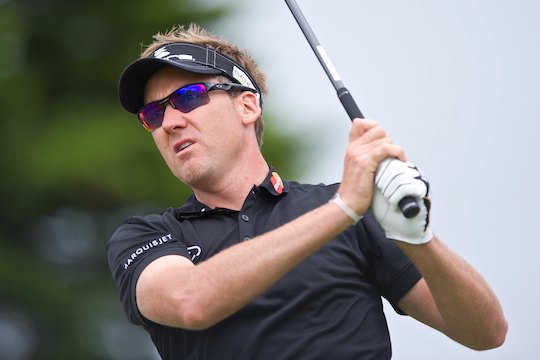 Poulter, the current Australian Masters champion, will be playing in his fourth Ryder Cup after being part of the winning teams in 2004 and 2010 and on the losing side in 2008.

“I think every one of you pretty much guessed that Ian was going to be there,” Olazábal said during the press conference held at the Gleneagles Hotel, host venue for The 2014 Ryder Cup.

“He’s had a great Ryder Cup record. He was playing well, he had some issues early in the season. He got ill and he couldn’t play as much as he could, but his attitude and his spirit in The Ryder Cup team has always been great. He’s one of those players who likes to be in that situation.

“And Nicolas, obviously he’s a rookie. He’s had a very solid season, and on top of that, he’s made the extra effort trying to make the team. He really showed me that he wants to be a part of that team. Those are the reasons for me to pick him.”

Poulter, speaking from America, told media: “I was thrilled. To get the call last night from José was a great moment, and I’m going to be thrilled to, again, pour some passion over the holes at Medinah and I’ll try my best.”

Colsaerts is also the first Belgian and said the selection completed a life long dream.

“This has been something I’ve wanted since I was a little kid,” he said. “To be part of such a big team with a captain with such great history is something I’m very proud of.”

It is also the first time Ryder Cup history that the European team has been formed with all team members in the top 35 of the Official World Rankings.

US Captain Davis Love III will announce his four wild cards on September 4 in New York after the first eight members of his team were confirmed after the US PGA Championship.