Poulter, who was looking to end a five-year PGA Tour winless drought, brilliantly made bogey from behind a bush down the final hole to share second place with former Open Champion, Louis Oosthuizen. 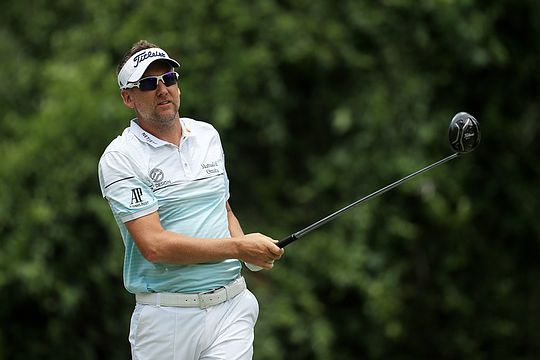 The duo ended the event trailing three shots behind South Korean Si Woo Kim, who at 21-years of age became the youngest winner of the PGA Tour’s flagship event.

Poulter’s effort was made all the more impressive as it was in just his first event following a Tour calculation blunder over FedEx Cup points.

Just a few weeks ago Poulter was facing an uncertain future after being advised by the Tour he had lost his card because he hadn’t earned sufficient prizemoney in the seven tournaments he had been afforded earlier this year to retain 2016-17 membership.

But then thanks to Kimberley Gay, the wife of Tour pro Brian Gay, the Tour realised the error of their ways and afforded both Gay and Poulter full status for the remainder of this season.

In just one event, Poulter’s prize cheque of US$924,000 takes his earnings this year to some US$1.25m, which will be sufficient to confirm his Tour card for next season with the still more than half of the 2016-17 season ahead of him.

However soon after Poulter’s astonishing efforts, Chamblee took Poutler to task in summing-up the day’s action on The Golf Channel.

Chamblee, who has a history of outrageous statements in his TV career, called out Poulter for laying up on the 16th hole, when he was behind two strokes at the time.

A winner of just one event in his PGA Tour career and that being the very lowly Vancouver Open, Chamblee referred to Poulter’s approach at the 16th as “the worst shot of the day.”

“Money matters, world ranking points matter, and I get it,” Chamblee said. “I have hit that shot. I have done that. I have done exactly what Ian Poulter did. No one is ever going to call me a good player.”

Knowing Poulter he was not going to take Chamblee’s insults lying down.

“Sorry to disappoint, I can only dream of being as good as Brandel…it’s clearly very easy sitting on your arse…thanks for the support,” said Poulter on Twitter.

And no sooner had Poulter fired off his tweet when Chamblee, in a seemingly gutless move, blocks Poults on Twitter.

Poulter replied with a simple “Say no more…”