This week the LPGA’s best players head to North Carolina for the 77th staging of the US Women’s Open to be played at the Pine Needles Lodge and Golf Club in North Carolina.

The 156-player field features 78 fully exempt golfers, including eleven past US Women’s Open champions and 31 amateurs, with players representing 18 US states and 28 countries.

Pine Needles Lodge & Golf Club was designed by Donald Ross and plays host to a US Women’s Open for the fourth time in its history following events in 1996, 2001, and 2007.

Top name players competing include World No. 1 Jin Young Ko, already a winner in 2022 at the HSBC Women’s World Championship and with 13 LPGA victories overall including two majors. Defending champion and world No. 15, Yuka Saso, who has made eight cuts in 10 starts this season with four finishes inside the top 12 has entered. 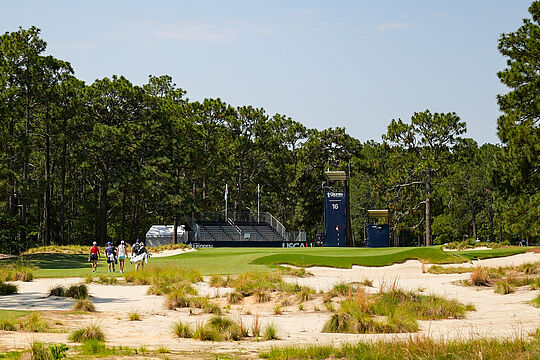 World No. 2 Nelly Korda will return to the LPGA Tour for the first time since early February after being diagnosed with a blood clot in her left arm and undergoing emergency surgery.

One of the most successful LPGA players of all-time will also be making a return to the US Women’s Open and the course where she won her second consecutive Open title in 1996.

“It means a lot for me to go back to Pine Needles for this year’s U.S. Women’s Open,” Sorenstam said. “I have great memories of defending my title there in 1996. If my first U.S. Open put me on the map, I felt this one validated that win.”

Hannah Green, Sarah Kemp, Grace Kim, Minjee Lee, and Gabi Ruffels lead the Aussies at the tournament. Kemp made it through qualifying this month at Belle Haven Country club bagging one of the four qualifying spots. Ruffels was another qualifier out of Dragonfly Golf Club in California, and Kim qualified earlier this month in New Jersey.