It’s been a long few years with COVID-19 lockdowns and travel restrictions wreaking havoc on the Australian golfing calendar.

However, the tide appears to be turning with recent news that BMW Australia have inked a deal as a major partner of Australian golf and now PGA Australia has announced substantial prize money increases for the upcoming 2022/2023 season. 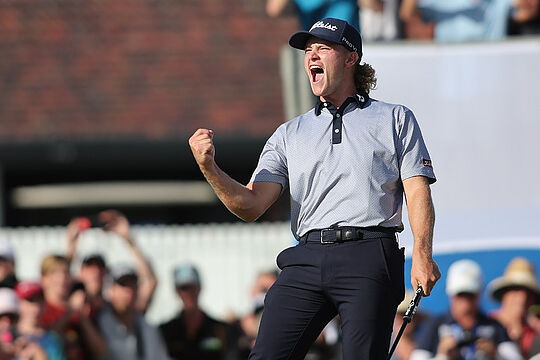 Along with more prizemoney, the all-important Order of Merit will see changes to its structure in the hope of levelling the playing field for players across the entire season of events.

With the current money-based OOM system, a player winning the $2 million Australian PGA Championship would more than likely take out the entire Order of Merit rather than someone who may have had sustained success across the entire season and deserved to win the title and the associated benefits.

Returning to co-sanctioned status with the DP World Tour, the Australian PGA Championship’s prize money doubles to $2 million from the 2022 figure and increases 25% over the $1.5 million on offer when the tournament was last played with a full field in late 2019.

“These prize money increases are a result of significant improvements in commercial partnership revenues over the last year together with the longevity of our Strategic Partnership with the DP World Tour,” said PGA of Australia CEO Gavin Kirkman.

“We have obviously been through a challenging period but this increase in investment in our tour will help to provide our players with a strong financial base from which to launch their careers.”

The new season kicks off with the WA PGA Championship at Kalgoorlie Golf Club from Oct 13-16.