The Queensland Open will return to the PGA Tour of Australasia schedule in 2013.

With Isuzu as the naming rights sponsor for the next three years, the Queensland Open will be played from 22 to 25 August 2013 at the Brookwater Golf and Country Club. 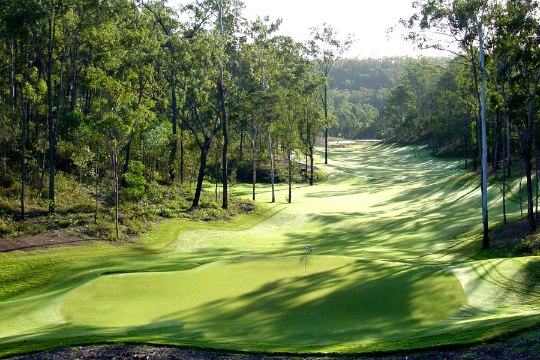 The tournament will carry Official World Golf Ranking points in addition to the $110,000 prize purse.

“Throughout the years the Sunshine State has produced some of our country’s best international golfers, all of whom started out playing in events such as the Queensland Open,” said Brian Thorburn, CEO of the PGA of Australia.

“The Queensland Open will be the third PGA Tour of Australasia tournament contested in Queensland, and we look forward to working alongside Golf Queensland in the coming months and years.”

Golf Queensland chair Peter Castrisos said it was pleasing to have the Queensland Open back on the calendar after last being played in 2007 where Queenslander Ryan Haller emerged victorious.

“Without sponsors such as Isuzu, events of this calibre open to Professionals and amateurs would not be possible,” Mr Castrisos said.

“The Isuzu Queensland Open will give a fantastic opportunity for our top amateur golfers to qualify and then compete against the PGA professionals in a 72 hole championship event.”

Ranked number one in the state following the release of Golf Australia magazine’s best 50 courses, Brookwater Golf and Country Club will ensure the golfers are set a challenge in vying for the $110,000 prizemoney on offer.

Recent Emirates Australian Open and past Queensland Open winner Peter Senior said the tournament provides a fantastic opportunity for young and up and coming players to experience a championship at this level.

“The Queensland tournament has a rich history and it is encouraging to see it back on the PGA Tour of Australasia schedule in 2013.”