The Queenslander, who plays out of Brookwater Golf Club in Brisbane’s west, will try his hand at the PGA Tour Latinoamerica, which gets underway later tonight in Florida. Dobbelaar will be joined at the Country Club of Ocala by fellow Aussies Tim Stewart and Troy Kennedy. 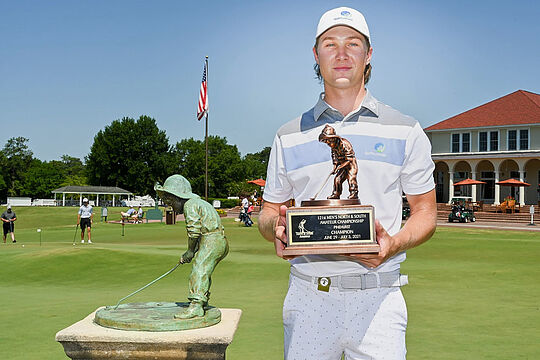 “I’m very thankful to all the people who’ve helped me get to this point, from my coach Grant who’s been such a great influence, to the Queensland Academy of Sport, to Golf Australia and to my club and my family,” said Dobbelaar, who peaked at 24th in the World Amateur Golf Rankings.

“The challenge is there for me now to take what has been built and make something more of it out on the professional circuits. It’s very exciting for me to take that on and I really can’t wait.”

Dobbelaar is not the first amateur to turn their focus toward the PGA Tour Latinoamerica. A fresh-faced Ryan Ruffels joined the tour in 2016 after turning pro at the age of 17. Some early success, including five runner-up finishes and 11 top-10’s from 2016 to 2019, earned him starts on the PGA Tour and an eventual move to the Korn Ferry Tour.

With a string of amateur wins behind him, including two victories in the US this season at the Dogwood Invitational and the North and South Amateur Championship, the 20-year-old Dobbelaar seems set to keep the wins rolling in.