The team of Viraat Badhwar, Blake Proverbs, Jack Sullivan, Jack Hulyer and Shae Wools-Coob secured the interstate teams title by a half contest over Victoria after defeating Victoria 3-2 on the final day. 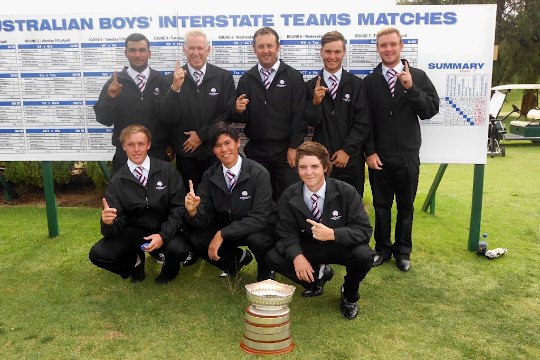 It’s Queensland’s first victory in the championship since 2006 and completes the double with the Queensland girls winning the Burtta Cheney Cup at the Australian Girls’ Interstate Teams Matches earlier in the week at the Western Australian Golf Club in Perth.

Queensland won the series by a half contest over New South Wales and Victoria, with Western Australia finishing fourth.

Queensland’s Dee-Dee Russell finished undefeated at the championship as did Julienne Soo from Victoria.