Quarantined Aussies back on course at Kansai Open

The Japan Golf Tour got underway again a week ago at the Token Homemate Cup, where Takumi Kanaya took out his second Tour title in the past five months.

The Tour has long history with Australia with everyone from 20-time winner Graham Marsh to Brian (11) and Brendan Jones (15) and 8-time winner Roger Mackay craving out a career there, which made the absence of any Aussies at the season restart a real mystery. 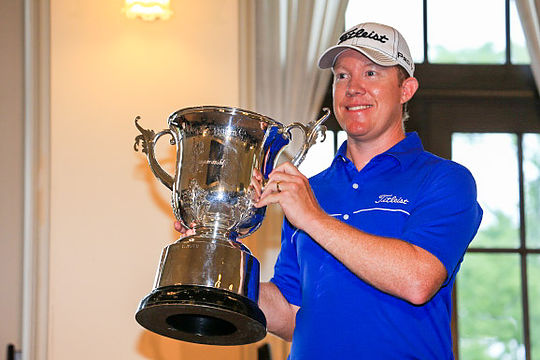 According to three-time Australasian PGA Tour winner Matt Griffin, players, including himself, were stuck in hotel quarantine until last Sunday thanks to travel clearance from the Japanese government coming through late.

With that problem sorted out, a total of seven Australians and one Kiwi will tee it up tomorrow at the Arima Royal Golf Club Royal Course for the ¥60,000,000 Kansai Open Golf Championship.

Brad Kennedy is the only Australian to have claimed the title in a tournament that dates back to 1926. Kennedy won in 2013 by a shot over South Korea’s Sung-Joon Park.

On form alone, the 46-year-old sits in poll position. Kennedy was recently crowned the Australasian PGA Tour’s Order Of Merit winner following wins at the inaugural TPS Victoria in late January to add to his second NZ Open victory last March and looks to be playing some of the best golf of his career.

While a long stint in quarantine is not an ideal way to kick-off the season, the Aussies will be happy just to be back on Tour and with 24 events remaining this year there’s plenty of time to get their games back in shape.