It’s been 25 years in between drinks but the Queensland Open is returning to Brisbane Golf Club – a venue that has played host to the event 18 times in its 90 year history.

While this year’s event will be contested at the impressive Brookwater Golf and Country Club in Brisbane’s outskirts, the 2016 Isuzu Queensland Open will head to Brisbane Golf Club, which is located at Yeerongpilly. 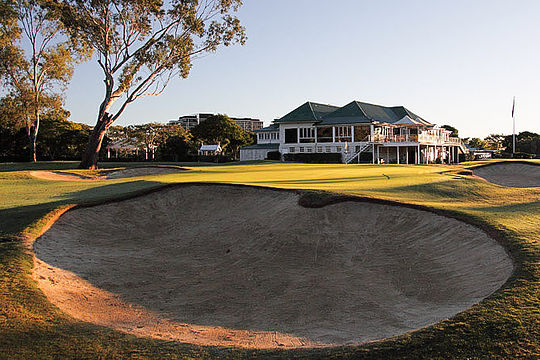 At this stage the agreement is for Brisbane GC to host the event for the next three years.

Golf Queensland chairman Peter Castrisos said it was the backing of clubs like The Brisbane Golf Club which ensured the championship remained successful.

“There has been tremendous support for the Queensland Open since its return to the PGA Tour of Australasia calendar three years ago,” Castrisos said.

“Golf Queensland, along with a number of stakeholders, banded together to get this historical championship back up and running.

“Brookwater was one of those clubs behind the return and we thank them immensely for hosting the tournament over the past three years and look forward to another successful event next month.

“The next phase will see the championship back at The Brisbane Golf Club, 25 years since they hosted the event which saw the then amateur, Stuart Appleby, claim the title.”

Brisbane Golf Club president, John Kelly, said his club was delighted to support Golf Queensland in hosting the Queensland Open and contributing to the development of golf in Queensland:

“We are also tremendously excited about this great opportunity to showcase our fantastic course to the golfing world,” he said.