Queensland Pennant series up for grabs

The Division 1 Brisbane District Golf Association Pennant flag remains undecided heading into the sixth and final round with the defending flag holders, Oxley and Pacific, the clubs in contention for the title.

This Sunday, Oxley will take on Royal Queensland and will be looking to claim an away victory to secure back to back wins in Division 1. 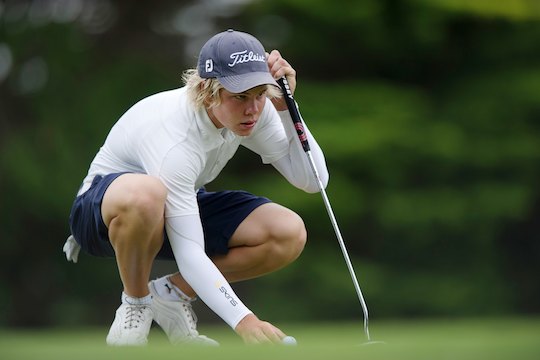 It is a match that Oxley is likely to win after accounting for Royal Queensland 17-4 in their earlier encounter.

Pacific will take on Indooroopilly at home and will also take some stopping having disposed of Indooroopilly by 13-8 in their first encounter.

With Pacific and Oxley on six points, a count-back on individual games will be likely to determine the Division 1 winner.

Last year in Division 1, Oxley finished the six round series, nine and a half matches ahead of Indooroopilly, with Pacific finishing in third position.

In an event which comprises of eleven open, five seniors and five juniors team members, the Brisbane District Golf Association Pennant Series takes on a different format to New South Wales and Victoria.

It is this reason why individual match wins are vital in claiming the flag.

To win the Division 1 Flag in Brisbane, a club needs a strong cross section of players all the way through the three sections.

This is were Oxley will have an advantage, particularly with its masters and open players, who have dominated the series to date recording the combined most wins of any team in the division.

Oxley moves into the final round this Sunday following a convincing 14.5 to 6.5 win over Pacific last week.

Talented Australian Junior representative, Jake McLeod, has featured strongly for Oxley in these series playing in the top open order and is so far undefeated.

Oxley’s win last year was 100 years in the making with the club securing back to back wins with success in 2009 in third division, 2010 in second division and then finishing off the treble by winning Division 1 in 2011.

As one of the more working class clubs in the Brisbane Pennants, Oxley play with their heart on their sleeve and are proud of the club’s long tradition.

They are a team that bonds well and one that continues to perform against the clubs who rely on imports to fill their teams.

With the momentum on Oxley’s side they will take some stopping this weekend at Royal Queensland as the club goes in pursuit of a fourth successive flag.