23-year-old Charlie Dann has secured his first National Ranking in the Mandurah Amateur with a four shot victory over Austin Bautista and Blake Windred at Mandurah Country Club in Western Australia.

Dann carded a 8-under total that included back to back 3-under rounds of 68 to be the only golfer under par in both rounds on the Monday.

“It feels amazing and a long time coming,” said Dann, who came off a solid semi-final appearance last week at the Queensland Amateur, following a top-5 in the Queensland Medal.

Dann’s previous best national ranking result was a 2nd place at the Lake Macquarie Amateur and a 3rd at the Australian Master of the Amateurs during 2016. In 2015, he finished 4th at the Keperra Bowl and also won the 2014 Wayne Grady Cup at Virgina Golf Club plus the Brisbane Amateur in 2011.

“I’ve had a lot of good results from second to fifth in a lot of different events, and finally being able to hold on to a win after being in the lead is always a really good feeling.” 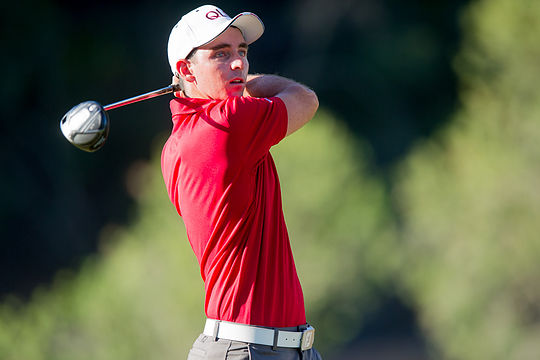 Based at the Pelican Waters Golf Club, Dann was a late starter taking the game up seriously at 15 at his hometown of Gympie before moving to the Sunshine Coast.

From his first selection as a Queensland representative player in 2014, Dann has been going from strength to strength and this season tested his skills in Europe.

“I was a bit of a late bloomer, and I only started playing the game late too,” said Dann who at 18 was playing off a handicap of 5.

“It takes a bit to put it out of my mind that I’m two to three years older than these guys but golf’s a game you can play until whenever, and if I just keep getting better each year that’s what’s important.”

“The last two years have been a really big turning point. Stopping full time work to go to part time is the biggest thing I’ve done and it’s working out well.”

Dann is scheduled to play the Queensland Open and Monday’s win gains him a start in the Western Australian Open. He’s also planning to pre-qualify for the NSW Open.

“This is how I will start testing myself, playing the professional events,” said Dann.

“I’ve played one professional event and was nervous as hell, so I just want to play as many as I can and do well.”

Reigning US Junior champion, Min Woo Lee was 4th finishing at 1-under to the cap off the players who finished in the red. Fred Lee, David Micheluzzi and Kiran Day finished in a tie for 5th position at even.