Under circumstances which have questioned the way the Sydney Metropolitan Pennant series are structured, the Division 1 Men’s semi-finalists have been determined for the 2017 series.

Over the past week, Sydney has been hammered with wet conditions that caused havoc with course preparation and playing conditions. Leading into the final round a number of clubs were banking on a win to see them through to the semi-finals, whereas others only needed a half point to see them there. 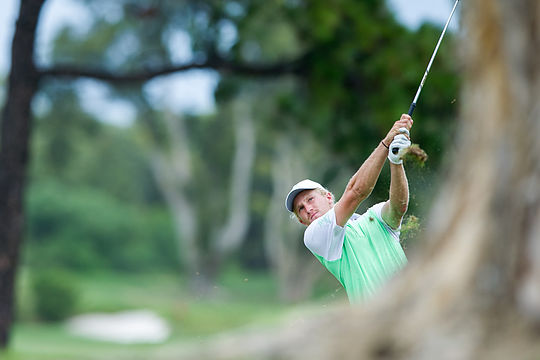 Playing conditions and the state of the course will alway be subjective but the question that begs answering is: “Should the ultimate decision rest with the home club, both the contesting teams or as a default, Golf NSW”?

This is particularly relevant where a decision regarding play could determine who proceeds to the semi-final and ultimately a decision that could impact on which team wins the Pennant Flag.

Rough calls are part and parcel of sport, yet for a competition of this nature you would think a fall back position such as a spare weekend to specifically accomodate the circumstances referred to above is not only logical, but fair. In Pymble’s case where they missed out on having the chance to make the Division 1 semi-finals, this must be a bitter pill to swallow.

Calls as to how to make such decisions aside, Division 1 sees St Michael’s heading into the final’s series undefeated following their 5-2 win on Sunday at Macquarie Links.

The St Michael’s team is a strong combination of youth, including two 15 year-old’s, and experience headed by the 2016 Australian Amateur runner-up Travis Smyth (pictured). Blend that with traditional club stalwarts, such as reining Club champion Sam Costa who was undefeated this season with 5 from 5 wins and you can see why the team has rightfully secured to top-seed position.

St Michael’s will play the fourth seed Concord after the match against Pymble to determine which club would advance was cancelled due to the closure of Concord’s golf course with Concord only needing a half to proceed.

The other semi-final in Division 1 sees The Australian up against Moore Park which promises to be a cracker of a match.

The Australian outfit is nothing short of impressive with Kevin Yuan, Blake Windred, Justin Warren, Isaac Noh – all experienced inter-state and national players. Blend that with the experience of seasoned pennant exponents such as team captain Nick Crews, who was a member of the winning 2007 Division 1 team, and The Australian certainly will pack punch in these finals.

Yet the Aussie will first have to overcome Moore Park whose achievements speak for themselves. Moore Park is a club that prides itself on Major Pennant flags having enjoyed Division 1 success multiple times, including a stellar winning streak with three wins in five years during 2007-11.

Moore Park comes into the finals with a 4-1-1 record, the same as The Australian, so this Sunday’s contest at Riverside Oaks is shaping up to be a classic.