R&A: Behave or we’ll name and shame you

Organisers of golf’s oldest Major are prepared to officially name and shame those competitors guilty of any misconduct during this year’s Open Championship at Royal St George’s.

Peter Dawson, CEO of the R&A, revealed the move at the now annual pre-Open press conference conducted mid-April at Royal St George’s at Sandwich in Kent. 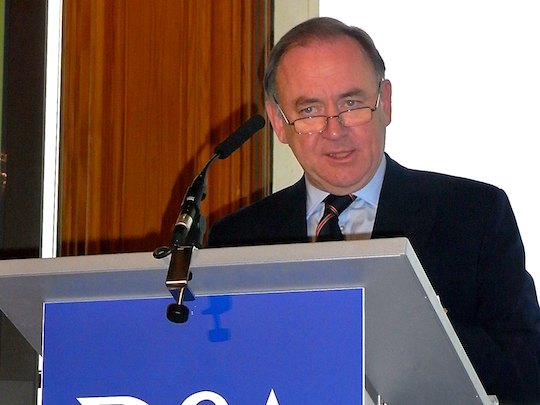 While the R & A uses as a guideline the disciplinary policies of the major Tour’s, the announcement by Dawson is in contrast to both the European and PGA Tour’s who seek not to publicly detail any punishment.

“It is true to say these days, with the enormous TV coverage and the use of on-course microphones, there is less and less places for the top-ranked players to hide while they’re out on the golf course,” said Dawson.

“But we have to remember these guys are role models and we are looking for them to behave on the golf course, as well as possible.”

“Generally, the behaviour in our sport is a model for other sports. It is because the standard is so high that particular individuals get so much publicity and rightfully they should.

“But then we are only one week in 52 and if a player does misbehave we rely on the tour’s disciplinary policy.

“However, I am in favour of any sanction being made public and I don’t see any harm in that, at all. If anything it strengthens any sanction imposed.”

Royal St George’s was the first course outside of Scotland to host The Open in 1894 when J. H. Taylor captured the first of five Open titles. It was named St George’s in direct opposition to St. Andrews.

This year’s Open will be the 14th occasion Royal St George’s will have hosted golf’s oldest Major.

And while Dawson is predicting record crowds to flock to the venue, don’t expect the single sex Kent club to throw open its doors to female members.

“We have never really been particularly concerned a club’s policy,” said Dawson, despite having no say in the running of the club.

“The issue of single sex clubs is that firstly it is perfectly legal under the new equality act and secondly there is very few of them.

“So I don’t see it as any argument that it seriously affects participation in playing golf of either sex.

“Also in all the surveys I’ve seen it does not seem to be a major issue for non-golfers.”