R&A hoping to catch a Tiger on camera

The world’s best players will even be under the microscope when they disappear into bunkers at this year’s British Open at Royal Troon.

One of the innovations the R&A will introduce at this year’s championship is named ‘wire cam’. 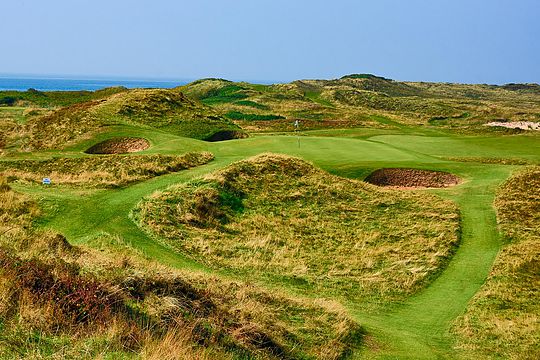 It will run the full length of the famous Postage Stamp hole at Troon, one of the most famous short holes in world golf.

The 123-yard par 3 eighth hole is surrounded by five bunkers and the R&A is placing a camera in each of the sand traps so fans will not miss even one ‘grain’ of the action.

“We recognise that, due to the short distance of the Postage Stamp, there was scope to get a wire camera in there on this iconic part of the golf course with the wonderful views.”

“It will go all the way from the tee to a little winter green to the left of the green. The Postage Stamp was screaming out to be a feature hole.”

One of the players Price will be hoping to catch on camera is Tiger Woods, who despite his absence from the game, has registered for June’s US Open.

Woods has two weeks to declare his intentions for the British Open as well with officials hoping the three-time champion will be there to tee it up on July 14 at the 145th Open Championship.

The R&A’s Mike Woodcock commented: “We’ve had no indication at the moment but obviously we would welcome any of the players…and particularly Tiger Woods.”