As it turns out, banishing one of Britain’s most famous courses from hosting its most prestigious major is a surefire way of ‘whipping it’ into shape.

Just ask the Honorable Company of Edinburgh Golfers who, after voting against female membership at Muirfield club, were subsequently slapped out of consideration of ever hosting The Open again. 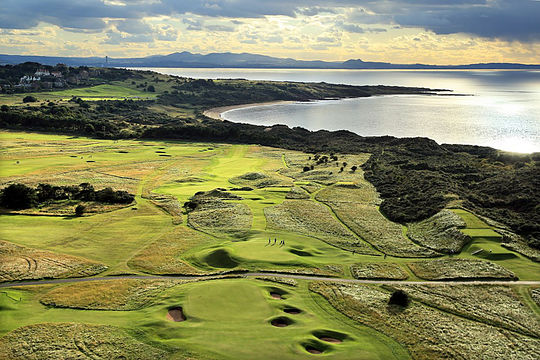 The R&A decided it could no longer be considered as a host venue, even though only St Andrews has hosted the world’s oldest major on more occasions.

So when the members gathered to vote for a second time, the results sang a very different tune.

This time they got a clear two-thirds majority to accept female members, a result that club captain Henry Fairweather described as a “significant decision.”

“We look forward to welcoming women as members who will enjoy and benefit from the great traditions and friendly spirit of this remarkable club,” said Fairweather.

The R&A quickly reinstated their place on The Open rota, and expects the course to most likely to host a major again in 2022 or 2023. But it may be some time, though, before we see the first female member of the Honourable Company of Edinburgh Golfers – due to a long waiting list.

“The current waiting list for membership at Muirfield suggests that new candidates for membership, women and men, can expect to wait two or three years to become a member of the club,” Fairweather said.

Muirfield isn’t the only golf course in recent times to come under fire for failing to comply with gender equality.

Earlier this month the Olympic committee levied an ultimatum at Japan’s Kasumigaseki Golf Club to change the existing membership policy to allow women, or lose its spot as host in the 2020 Olympics.

The message worldwide seems to be clear: Catch up with the times…or be left behind.