Rahm closing in on McIlroy’s World No.1 ranking

Rory McIlroy’s World No. 1 ranking is now under serious threat heading to the final round of the WGC- Mexico Championship.

McIlroy managed five birdies but also two bogeys in a third round 68 and sharing fourth place at 11-under par with American Justin Thomas showing the way in posting a 65 to lead the maiden WGC of the year at 15-under par. 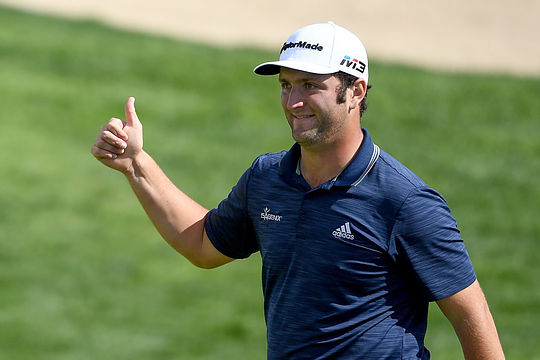 Thomas has got better with each round posting earlier scores of 67 and 66 while he began and ended his third day in Mexico City with bogeys. In between, the American posted eight birdies.

Spaniard and double Irish Open winning Jon Rahm posted a blistering new course record 10-under par 61 that included a stunning ace at the par-3 17th hole with Rahm’s tee shot taking one big bounce and ending-up in the bottom of the cup.

The reigning European No. 1 celebrated dropping his club in delight and throwing both arms in the air much to enormous delight of all those watching.

“I don’t know what to say, it’s just one of those lucky moments where you have the exact same shot afterwards and muscle memory to back it up with”.

Rahm shares fourth place with McIlroy and he can be assured to also throw both arms in the air should he capture what would be the 25-year old’s first WGC victory and the 11th title of his pro career.

And if Rahm wins in Mexico City and McIlroy should finish worse than a 3rd placing then Rahm will become the new World No. 1, and Rahm knew how to answer that question.

“There’s still a tournament to play, 18 holes so becoming No. 1 in the world would be a complete — it’s a consequence of playing good, so I have 18 more holes,” he said.

“If I do my job tomorrow, we’ll speak about that tomorrow.”

If successful, Rahm will become only the second Spanish-born No. 1 since the late, great Seve Ballesteros who ended a combined run of 61 weeks as the game’s best in August, 1989.