It has been a tough week for World No.1 Jon Rahm. The Spaniard lost out to Patrick Cantlay for the PGA Tour Player of the Year gong and was then struck down by a mystery stomach bug.

Rahm’s illness saw him miss Wednesday’s Pro-Am ahead of the Fortinet Championship, the opening event of the 2021/22 PGA Tour calendar. He was able to get back out onto the course in time for round one, struggling to an even-par 72. 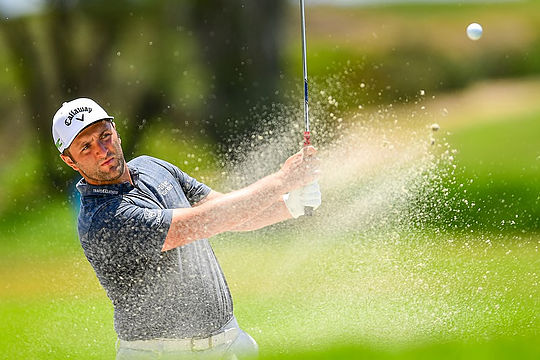 “I’m not feeling too bad, honestly. It’s not that bad. I think I’m just a little run down, a little tired. A good meal tonight and a good night’s sleep and I’ll be ok,” said Rahm.

The 26-year-old was asked if losing out to Patrick Cantlay for the peer-voted Player of the Year Award will throw fuel on the fire coming into the new season.

“Well, finishing runner-up doesn’t feel too good. I felt like I played good enough to be able to earn that title, but unfortunate situations like the one at Memorial cost me, right? Had I been able to play, maybe win it, I think it would have tipped the balance towards myself.”

“Maybe even if I played in the Olympics, had a good showing and maybe even earned a medal could have tipped the balance, as well. It’s tough, you know, but I can say when you’ve won four times in a year, you’re the FedExCup champion, it’s a very deserving honour, so I’m pretty sure I know Patrick deserves it, but I’ll get my chance.”

With a 54-hole, 6-shot lead, Rahm was robbed of an almost certain win at the Memorial after testing positive to COVID-19. He then missed out on representing Spain at the Olympics following another positive COVID result.

“I know I can get better. I do pride myself on consistency, so seeing all those top-10s, it’s a job well done, but hopefully next year I can add a couple more titles to my name.”

It is easy to see why Rahm thought he deserved the POTY nod. His stats are beyond impressive, including total prize money of $7.7 million along with another $5 million in FedExCup bonus money for placing second at the Tour Championship.

He also won his first major at the US Open, recorded two runner-up placings, two third-place finishes, missed only one cut in 22 events and, as mentioned earlier, recorded 15 top-10 results.

It’s going to be one heck of a season if Rahm can top that.