Closing with a 5-under-par 67 Ramey withstood strong challenges to claim the title after starting the final round two strokes behind Martin.

Ramey made four straight birdies on the back nine from 13 through to 16 to make his move and close out with a regulation two putt par on the 18th after Martin missed a two metre birdie putt that would have forced a playoff.

“I think it will take maybe a day or two to sink in,” said Ramey. “Everything’s pretty surreal, happening pretty fast, but I’m definitely excited.”

Back in 2020, Ramey won on the Korn Ferry Tour at the Live and Work in Maine Open. Sunday’s US$666,000 winner’s prize his biggest to date and he moves to 32nd on the FedEx Cup rankings this season following a win, two top-10 and four top-25 finishes. 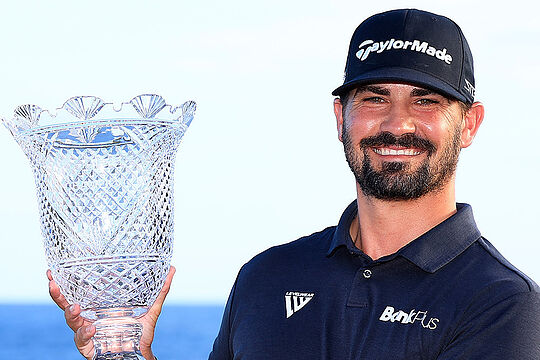 Ramey, 29, is the eighth first-time winner this season. He’s the first rookie to win on Tour since Garrick Higgo claimed the 2021 Palmetto Championship at Congaree and Sunday’s win for Ramey came in just his 16th start on the PGA Tour.

Aussie Cameron Percy recorded one of his best results on the PGA Tour with a tie for 4th, two strokes behind Ramey. The other Australian to make the weekend was Greg Chalmers who finished in a share of 28th position.