It’s been a long time between drinks for Richie Ramsay with the 39-year-old Scotsman claiming his first DP World Tour win in seven years at the Cazoo Classic on Sunday.

Ramsay, who hasn’t won on Tour since the 2015 Trophée Hassan II, parred the final hole of the tournament to win his fourth DP World Tour title and finish a shot in front of England’s Paul Waring in outright second place.

“The biggest thing for me was I made a promise to my daughter…I said I would get her a trophy and this one’s for her,” said Ramsay.

“It just feels unbelievable. The belief. I’ve had some bad times over the last couple of years but I kept believing, I knew my game was good.”

“I know about what happened at The Belfry. But it’s links golf and I feel like I’ve always got an advantage when I play links golf,” said Ramsay alluding to his double-bogey mishap at the 18th hole to miss a playoff with Thorbjorn Olesen by two strokes at the British Masters in May. 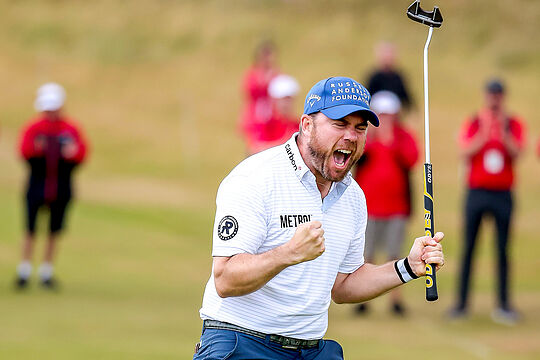 Five players shared third place including overnight leader Julien Guerrier with the Frenchman unable to get his game going on day four to finish with an even par round of 72 and fall two shots off the pace.

West Australia’s Jarryd Felton was the only Australian to make the cut finishing in a share of 52nd place.