A record field of 98 men and 30 women with contest the 2011 Golf SA Amateur Classic and Rene Erichsen Salver at Glenelg Golf Club.

South Australia’s premier amateur championships, which are played concurrently from Thursday 28 April to Sunday 1 May and which have national ranking event status, have again attracted a stellar field of local and interstate talent. 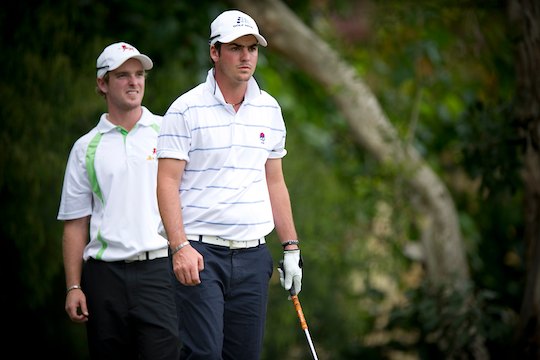 In the Golf SA Amateur Classic, local hopes will rest with defending champion Brad Moules (Royal Adelaide), who earlier this month added to his 2010 Classic title with victory in the SA Amateur Championship.

Any local victory will be hard fought however, with Australia’s number two ranked player Matt Stieger (NSW) looking to add to his impressive win at last month’s Australian Amateur Championship.

Of the 98 men’s entrants, 57 players currently hold handicaps of scratch or better with Victorian Nathan Homan the lowest marker on an impressive +3.5.

A total of 53 local South Australian players will do battle against 45 interstate visitors made up of 31 players from New South Wales, 9 from Victoria, 3 from Western Australia and 2 from Tasmania.

Queensland is not represented in this year’s event, which unavoidably clashes with the Queensland Stroke Play and Amateur Championship being played on the Sunshine and Gold Coasts next week.

The 2011 Rene Erichsen Salver will also host its largest ever field at Glenelg Golf Club.

There will also be considerable interest in the performance of the local junior players, with the South Australian girl’s squad enjoying a solid preparation courtesy of this week’s national interstate series in Newcastle.

The Golf SA Amateur Classic and Rene Erichsen Salver will be played at glenelg Golf Club from Thursday 28 April to Sunday 1 May.