Clark finished 17-under par for the tournament to collect the US$1.026 million winner’s prize following rounds of 67-67-64-65. American Justin Hicks finished in third position at 13-under. 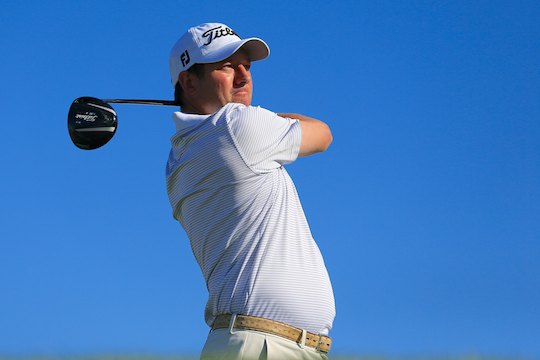 The win moved Clarke from 85th to 27th in FedEX Cup standings and gave him entry into next week’s World Golf Championship event in Akron, Ohio and into the upcoming PGA Championship. He also gets fully exempt status on the PGA Tour through the 2015-16 season.

“It looked like Jim wasn’t going to make any mistakes,” said Clark. “He was pretty solid, so I knew I had to make birdies.”

“At that point, there was nothing to lose. Suddenly I got hot and I went with it.”

Clark has finished second 12 times on tour and was ecstatic to finally claim another victory in Canada, the country of his one of first professional titles.

Clark’s first ever professional win was in the Great White North, the 1998 New Brunswick Open, the same year he left North Carolina State University and turned professional. He also won the Canadian PGA championship that year.

“The irony of it is, Canada could be the place of my first win and my last win,” said Clark.

“To come back here, yeah, full circle. That’s 16 years ago when I was just cutting my teeth as a professional golfer, so I have fond memories. My wife is Canadian (Candice) and she has a lot of family here in the Montreal area. I’ve always enjoyed coming up here and playing. It’s a big honour.”

Furyk, 44, took a three-stroke lead into the final round and seemed poised to claim a third career Canadian Open title, and end his own victory drought stretching back to his 2010 Tour Championship triumph. Yet it was not to be as Clark stormed home over the back nine.

With Sunday’s runner-up finish, Furyk now has three this season with runner-up finishes at Quail Hollow and at the Players Championship. The fact that Clark birdied five of his last eight holes to power past Furyk might provide some consolation as another tournament slipped through Furyk’s grasp.

“I’ve got no one to blame but myself,” said Furyk who struggled with the putter over the closing back nine.

“I played definitely good enough to win the golf tournament, but I only made two birdies and I’ve got to make more putts.”