Reed bounces back from controversy for Farmers win

Patrick Reed put aside a rules controversy to take out the Farmers Insurance Open by five shots for the biggest margin in his nine career PGA Tour victories. The victory saw Reed move to 10th in both the FedExCup and the world rankings.

The controversy arose Saturday on the par-4 10th hole, where Reed hit a 160 metre shot out of a bunker, with a television replay showing the ball bounced once before settling into the rough.

Reed then picked up the ball to see if it was embedded without calling for a Rules Official before telling the official that no one in his group nor a nearby volunteer saw it bounce. He was awarded a free drop and saved par in a round of 70.

The American and former Masters Champion stood his ground despite a wave of criticism but was vindicated by PGA Tour rules officials. 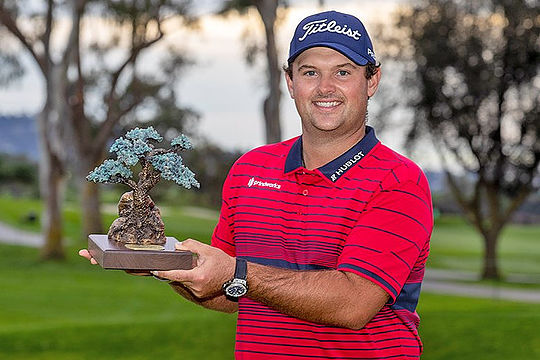 The 30-year capped his round with a fifth hole eagle along with birdies at the seventh and ninth holes before a string of eight straight pars ended with an eight-footer for birdie at the last.

“I felt great throughout the day. I was able to go out there and shoot a low number today and get the job done,” said Reed.

WHAT’S IN THE BAG: PATRICK REED

Despite the controversies, there is little doubt Reed can play golf. The Texan has two World Golf Championship titles to his name not to mention winning the green jacket at the 2018 US Masters and six appearances for the US team between the Ryder Cup and Presidents Cup.

Hovland looked well on his way to claiming his second title of the season with four birdies in his opening nine holes, however, the wheels began to come off on the back nine with the first of three bogeys coming at the 14th hole to eventually leave him five shots off the pace.

Adam Scott finished the best of the Australians and was in contention during the tournament before a closing 73 dropped the former Masters Champion seven spots to a share of 10th position. Marc Leishman moved nine places with a closing 70 to finish in a share of 18th position.

Cameron Davis finished in a share of 32nd position at 3-under-par, Cameron Percy and Matt Jones shared 48th position, with Rhein Gibson in a tie for 53rd.