Patrick Reed fired a final round 69 to maintain his overnight one-stroke advantage and hold off 2018 Australian Open champion Abraham Ancer to win The Northern Trust in New Jersey.

It was Reed’s seventh PGA Tour title and his second FedEx Cup playoff win, after The Barclays in 2016. Sunday’s victory ended a 16-month drought since his victory at the Masters.

“Yeah, I don’t like long gaps [between wins],” said Reed.

With the victory, Reed, who has four top-10 finishes, jumped to No. 2 in the FedEx Cup standings behind the world No. 1, Brooks Koepka, and directly ahead of Rory McIlroy, who has two victories and 13 top-10 finishes.

A resurgent Adam Scott finished the best of the Australians in a tie for 5th position, his third top-five finish in his last three starts at this event and moved to 14th on the FedEx Cup Standings.

Matt Jones was the next best Aussie finishing in a tie for 30th position but ended his season despite earning his best finish at this event in his sixth appearance by finishing 108th in the standings.

Cameron Smith, who was the only other Aussie to make the cut, and finished in a share of 59th. However, it was not enough save his season after falling to 84th in the FedEx Cup and failing to advance to the second stage for the first time since 2016. 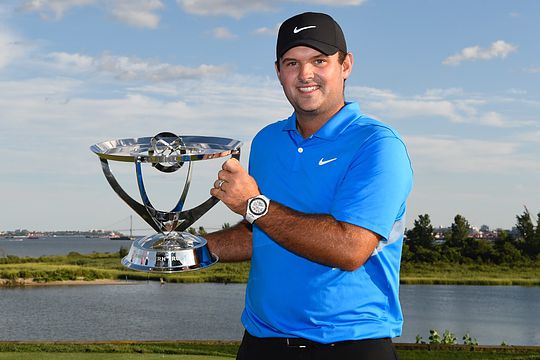 Jason Day, in his 12th consecutive start at The Northern Trust, missed the cut for the first time. Day dropped 10 spots to No. 50 in the FedExCup standings entering the BMW Championship and in the process announced his separation with caddie Steve Williams.

Day has one top-20 finish and four missed cuts since the Masters in April. He’ll need at least a top-5 finish at the BMW Championship to make it to the season ender and with one week to go before the automatic Presidents Cup picks are announced, the former PGA champ is no certainty for automatic selection into the International Team.

Day and Williams joined forces ahead of the US Open at Pebble Beach two months ago, following reported comments by Day that he had “severely underachieved” in his career to date and expressed hope that a long-term relationship with Williams would be part of the solution moving forward.

After starting the year ranked 14th in the world, Day is now down to 22nd, his lowest since June 2013.

Day has had multiple caddies since splitting with former caddie and current swing coach, Col Swatton, nearly two years ago, and he’ll reportedly have friend David Lutterus on the bag this week at the BMW Championship in Chicago.

The Northern Trust was the first of the three FedExCup playoff events with the 70 remaining players heading to Medinah for the second stop of the playoffs, the BMW Championship, before the Tour Championship in Atlanta, Georgia.