Reed hunts down DeChambeau in Mexico for 2nd WGC win

Patrick Reed birdied 16 and 17 to overtake Bryson DeChambeau and claim the WGC Mexico Championship by a stroke in Mexico City on Sunday and in the process let his clubs do the talking following a string of allegations around his on-course behaviour.

In recent months, the ultra-competitive 2018 Masters champion has faced blistering criticism from the press and fellow players after being penalised two strokes for improving his lie in a waste bunker at the Hero World Challenge in December.

“It’s very rewarding,” said Reed following the win. “My team and I have worked so hard through the end of last year and also the beginning of this year and we kept on feeling like we were playing some good golf but we just weren’t able to get over that hump.”

“But it has come back and winning my second world golf championship, especially with how I had to finish from 15 onwards.”

With eight PGA Tour wins, two WGCs and a green jacket, Reed certainly is building a fine resume. His short game and bunker play this week were exquisite and will have him as a favourite heading to the Masters in April. Yet, as a player, Reed also is attracting plenty of attention…and not the type you want. 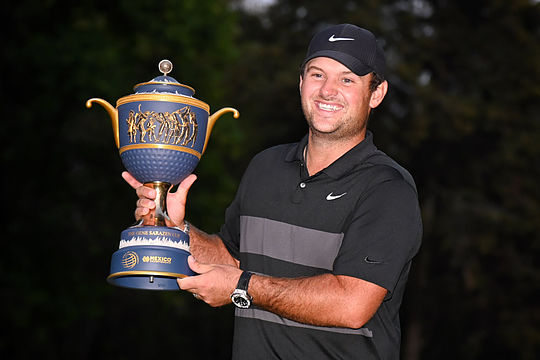 Reed played against a stellar field and came out on top. Of the contenders at the WGC, which included World No. 1 Rory McIlroy; Jon Rahm, who with a victory had a chance to get to No. 1; Justin Thomas, who was looking for his second victory in two months; and Bryson DeChambeau, it was Reed who dominated the filed. Even a bogey on the last didn’t damage his chances.

“I felt like I had something to prove to myself coming into this week because I feel like I’ve been playing some really solid golf and just haven’t quite gotten over that hump to get the W,” said Reed.

“I knew all I needed to do was continue to try to improve on my golf game, but at the same time just block out all the noise, no matter what it was.

Reed finished at 18-under 266 and moved to No. 8 in the world. As to the comments surrounding his game, Reed deflected them in expert fashion saying the only points he has to prove are to himself and stating how he always wants to be the best person he can be on and off the golf course.

DeChambeau looked in control after five birdies in a six-hole stretch, his 14-footer at 14 putting him atop the leaderboard at 18-under. But a three-putt bogey at the par-three 17th proved too much to overcome as he settled for a six-under par 65 and a 17-under total of 267.

Cameron Smith was the best placed of the Australians in the no-cut field. Smith fired a final round 64 to salvage his week and share 22nd place.

Backing up from his Genesis win last week, Adam Scott was another shot back in a tie for 26th place while Marc Leishman (T42), Zach Murray (T48), Lucas Herbert (T58) and Scott Hend (65) all finished well out of contention.