(Albany, Bahamas:) Patrick Reed arrived in Australia Monday morning local time in readiness for Thursday’s start to the Presidents Cup and is hoping there is no backlash following a controversial incident during the third round here at the Hero World Challenge.

The 2017 Masters champion was slapped with a two-shot penalty when video evidence surfaced he had brushed back the sand behind his ball in taking a shot from a ‘waste’ bunker on the Albany course in The Bahamas. 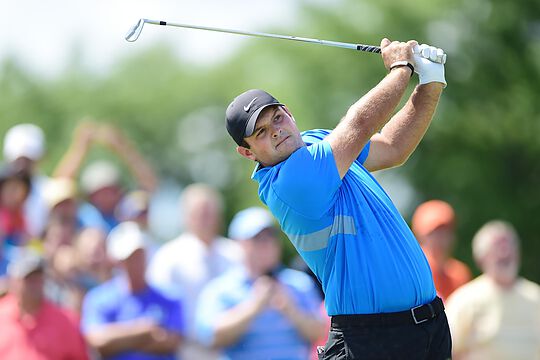 You could argue the two-shot penalty cost Reed dearly with eventual winner Henrik Stenson beating him by two-strokes on 18-under.

Reed was asked if he was surprised or taken aback by the scale of reaction of what happened?

“Honestly, I haven’t been paying attention to what’s been going on in the media. You know, for me, it was just something that I’m going out there to play the best golf I can.”

“At the end of the day, after I didn’t feel like…I really did any kind of rules infraction, but then afterwards seeing it on camera, there was Slugger and I sat down and Slugger said that you have to take two strokes,” said Reed.

“After seeing it on camera and seeing sand move, obviously it’s a penalty. So at that point I had to accept it and move on. I mean, the last thing you can do is let it dwell, especially when you have 18 holes left to go because you still have a chance to win a golf tournament.”

“You’re only three back, so you have to go out and play a solid round of golf which I did, but at the same time it’s not going to be enough.

You can rest assure the Aussie crowds will not be letting this go as easily as Reed had hoped when play kicks off tomorrow morning at Royal Melbourne for the Presidents Cup.