American Patrick Reed has fired a bogey-free 7-under 65 to take a one shot lead in the season-ending DP World Tour Championship in Dubai. 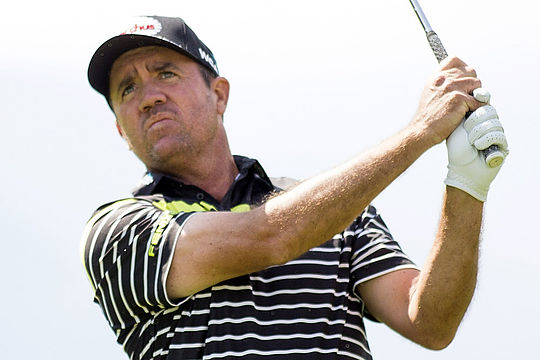 “Yeah, really happy with that as a start. I kind of wanted to come out today with good intent and sort of get myself moving forward quickly,” said Rose.

“Been fortunate enough to have won the last two events, but been doing so from quite a long way behind and you can’t always rely on that. I was definitely keen today to come out and try and get going as quick as I could this week and see where it goes from here.”

Rose will need a third consecutive win to see him win the Race To Dubai. If he finishes lower than outright fifth then his fellow countryman Tommy Fleetwood will be holding the Harry Vardon Trophy come Sunday.

Hend, who lies in 44th place on the Race To Dubai leaderboard, got off to a cracking start with two birdies coming in his first four holes.

He shifted into top gear from there firing a total of five birdies from the 10th hole to finish the first round at 6-under 66 on the Greg Norman-designed Earth Course at Jumeriah Estates course. Hend’s only blemish was a bogey on his final hole, the 567m par 5 18th hole.

“I have struggled around here in the past. Don’t know the reasons why, but it’s nice to put a nice round in at the start and just go ahead for next three days,” said Hend.

“Three days is a long way and this golf course can throw up anything. I’m just going to go about doing my job and try to do the best I can. That’s all I can ask of myself.”

Queensland’s Andrew Dodt, the only other Aussie in the field, carded a 2-under 70 to lie in 11-way tie for 21st place alongside the likes of Sergio Garcia and Ian Poulter.