World No. 8 Patrick Reed and World No. 9 Alex Noren are the first players to announce they will be heading to Lake Karrinyup Country Club to compete in the ISPS HANDA World Super 6 Perth.

Reed and Noren will headline a superstar field to contest the ISPS HANDA World Super 6 Perth from 16-19 February, when the European Tour and ISPS HANDA PGA Tour of Australasia come together to sanction the combined stroke play and match play tournament. 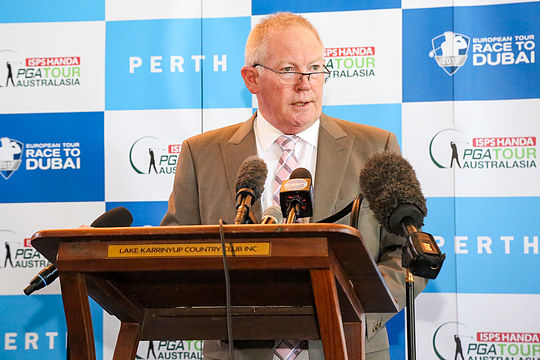 Reed hinted late this year of his desire to contest the Australian Open in Sydney but while that goal failed to materialise the Texan is delighted to be heading to Perth on the opposite of the Australian continent.

“From the moment I heard about the combined format I knew that I wanted to be a part of the ISPS HANDA World Super 6 Perth,” said Reed, a five-time winner on the PGA TOUR and hero of this year’s USA victory in the Ryder Cup.

“To be able to travel to Australia and compete in a unique tournament is something I am very excited about.”

“I would love to be the inaugural champion of the ISPS HANDA World Super 6 Perth and will be playing my best golf to ensure I not only make the six-hole match play rounds on Sunday but that I am lifting the trophy that afternoon.”

Swedish sensation, Noren is one of the most in form players in the world. Having experienced a meteoric launch up the Official World Golf Rankings in 2016, he is now inside the top-10 courtesy of four victories on the European Tour this year which also saw him finish 3rd on the 2016 Race to Dubai.

“This will be my first time to Western Australia and I am excited to play Lake Karrinyup Country Club and see the sights. I have heard great things from my fellow European Tour players,” said Noren.

“Everyone on the European Tour has been talking about the ISPS HANDA World Super 6 Perth, the format is very interesting and I look forward to playing in the inaugural tournament.”

Reed and Noren are the highest ranked players enticed to Perth in the past seven years and the first top-10 players to make the trip.