Jason Day’s stunning final round 11-under 62 was not enough to claim victory in Hawaii, as Patrick Reed held his nerve to beat fellow American Jimmy Walker in a playoff for the $5.7 million Hyundai Tournament of Champions to secure his fourth victory on the PGA Tour.

Day finished in a tie for third at 20-under as the Aussie’s final round included 11 birdies in 14 holes which levelled American’s Chris Kirk’s efforts earlier in the day. It was Day’s best score ever on tour and his first course record. 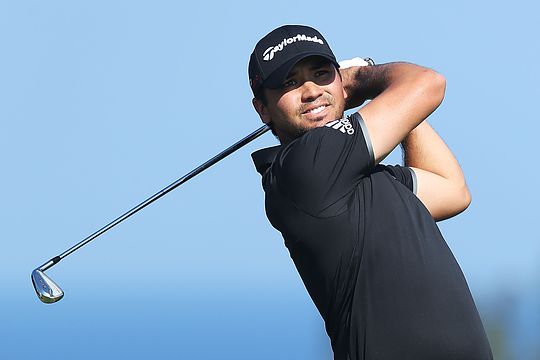 Jason Day shot a record-equalling 11-under 62 to finish one shot adrift of a two-man playoff in Hawaii (Credit: Getty Images)

The 27-year-old opened with four pars before gaining momentum.

A short birdie putt on the fifth started his fine run which was supported by a 20 footer into the cup on the sixth. Day then drained a 40 footer on the seventh before edging in a 12 foot birdie on eight to move into contention.

A missed opportunity to birdie the par five ninth followed but he then hit a wedge to three-feet on the 10th and then nailed a seven-foot chance on the 11th.

Another birdie on the 16th kept Day’s momentum before a par on 17 left him needing eagle on the last for the record alone.

After finding the fairway, Day went for the par five green in two but leaked it right into the grandstands only to get a bounce back to be just short of the green. Day finished with a birdie but it would ultimately prove to be one short of a spot in the playoff.

This was Day’s first tournament back since his victory at the Franklin Templeton Shootout in mid-December after missing the Australian summer with a thumb injury and hopefully a sign of things to come this season on the PGA Tour.

Russell Henley closed with five straight birdies for a 67 to join Day at 20-under.

They were also joined by Japan’s Hideki Matsuyama, who was tied with Walker at the start of the final round. The 22-year-old Matsuyama also had a good chance to win but missed birdie chances on the last four holes resulting in a final round 70.