Ryan Ruffels has secured a runner-up finish on the Korn Ferry Tour at the Pinnacle Bank Championship on Sunday finishing one stroke behind eventual winner, American Seth Reeves.

Ruffels finished at 10-under-par, closing with a disappointing final round 73 after Reeves stormed home with a final round 64 to pip the Aussie and four other players for the title. 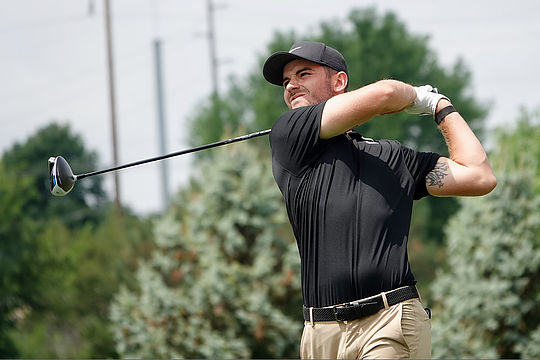 Playing his way into the tournament, Ruffels, 22, opened with rounds of 66-70-65 to be in the mix to collect his maiden Korn Ferry title and entered the final day as the leader but faded over the last nine holes with bogeys on the 16th & 17th resulting in a 2-over-par 73.

“My game was there, I just needed to get a little more control,” said Ruffels.

“I played the course smart and I did what I needed to do but just came up short in the end. Overall I’m playing pretty well and I’m happy with that.”

The runner-up result is Ruffels’ best finish on the Korn Ferry Tour, his previous was a loss in a playoff on the PGA Tour Latinoamerica mini tour in 2019 to Andrés Echavarría, at the Molino Cañuelas Championship.

Since turning professional in 2016, Ruffels has recorded a total of five runner-up finishes on PGA Tour Latinoamerica and one on the Mackenzie Tour, but he has yet to break through in a world-ranked event.

Ruffels moves up 24 places to 30th on the season money list to be Australia’s highest ranked player on the Korn Ferry Tour having made the cut nine times from his twelve starts in his rookie year on this tour.

Jamie Arnold was the next best Australian sharing 33rd position at 3-under-par, with Brett Drewitt making the weekend to finish in a share of 63rd position at 6-over. Mark Hensby and Brett Coletta withdrew from the event following the first round.