Chase Koepka went through a rollercoaster of emotions last week.

The younger brother of former World No.1 Brooks Koepka, won a spot in the Travelers Championship following a five-way playoff at Monday Qualifying for two spots in the $7.4 million tournament. 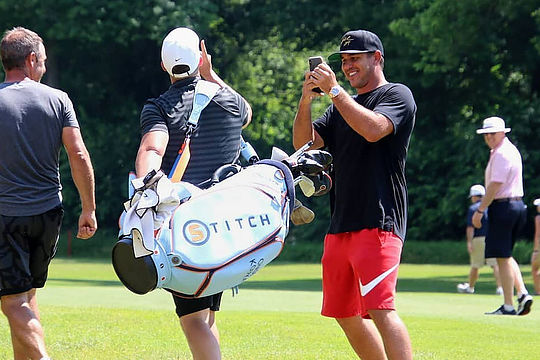 And Koepka celebrated the milestone with his older brother, who was there on the day to watch Chase play his way to victory.

However, the celebrations were cut short when news came through later that the caddies for Brooks Koepka and Graeme McDowell both tested positive for the coronavirus.

While the Koepka brothers and McDowell all tested negative to COVID -19, the decision was made to pull out of the tournament as a precautionary measure.

“Despite being very excited about playing the Travelers Championship, I am electing to withdraw,” said Chase Koepka following the news.

“I was in close contact with someone who tested positive. I feel as if this is the best decision to keep all other players, caddies and volunteers safe. I wish everyone the best of luck this week.”

While that seemed like the end of the story, the younger Koepka then received some news that his efforts weren’t all for nothing.

Tournament Director Nathan Grube, reached out to Koepka and offered the 26-year-old an exemption into the 2021 Travelers Championship.

“I called Chase this morning and I said, ‘Listen, I don’t know if you’ll even need it next year, but if you need a spot, we have you covered.’”

Koepka was understandably excited about the news following a tough week.

“I was ecstatic when I got the call this morning. It makes me feel so great that they saw what I did. Hopefully I don’t need the start and can find a way to earn my PGA Tour card for next year.”