A brilliant 9-under par 64 from Sarah Oh in the second and final round was enough to snatch a one stroke victory in the ALPG’s Moss Vale Ladies Classic on Friday.

Oh began the final round today four shots behind overnight leader Whitney Hillier but leapt into contention with birdies on the 1st, 4th and then four straight from the 7th. 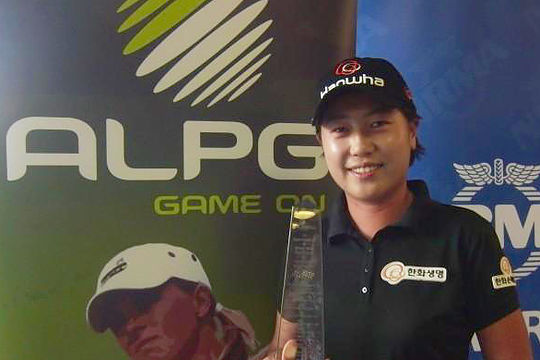 Oh added further birdies at the 13th, 15th and 17th to sign for a scintillating round and an anxious wait for the rest of the leading groups to finish.

NSW’s Sarah Kemp ended up a stroke shy at 11-under, giving the recent retiree from the full-time circuit the title.

Oh had split her time between the ALPG and Korean circuits but had decided to step away from the full-time grind recently, noting: “I need a break from golf, I want to stay in the industry but do something different.”

Kemp’s third consecutive high finish this season extended her already substantial lead in the 2015 Club Car Series, which she also won in 2014.

The ALPG Tour heads to Sydney for the $25,000 Renault Ladies Classic at Castle Hill Country Club on 29th January, where Oh‘s ‘retirement’ will again be put on the backburner as she tees up against a hot field which will include American Beth Allen and the ever popular Laura Davies.