Richardson claimed a one-shot victory, after closing with an even par round of 72 to finish at four under, one shot ahead of Sam Brazel and Jared Pender. 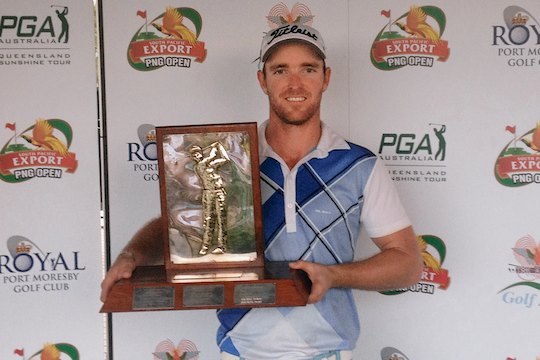 Pender came close to spoiling the party for Richardson, shooting a five under par 67, though a bogey five at the par four 17th would prove to be costly in the end.

The leaderboard changed throughout the day, though it would be an up and down for par from 60metres out on the par four 16th hole that would keep Richardson’s momentum going.

A regulation par at the 17th and a two putt par at the last would see Richardson claim the largest tournament of his young professional career.

“This is no doubt the biggest win of my career, a win that I have been dreaming about for the past 12 months,” said Richardson, who earned $26,071.

“Patience was certainly the key this week around the Royal Port Moresby Golf Course, a course that can really penalise a poor shot.”

“The timing of this win couldn’t have been better, as I will take the confidence I have gained from my win here into the remainder of the Asian Tour events throughout the year.”