Tournament officials have announced that six-time international tournament champion and recent U.S. Olympian Rickie Fowler has replaced Bubba Watson as the top player to represent the United States at the World Cup of Golf in Melbourne, Australia, at Kingston Heath Golf Club on November 23-27.

Fowler quickly chose six-time PGA TOUR champion Jimmy Walker, who won his first career major championship at the U.S. PGA Championship this year, to be his partner in the two-man team competition. 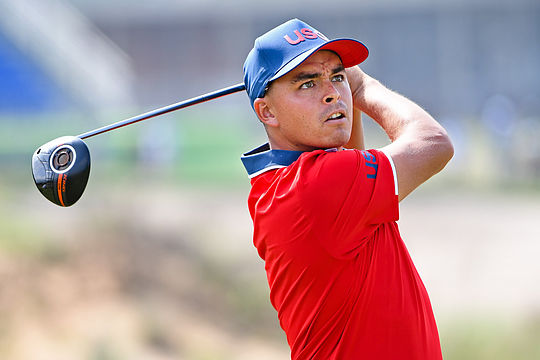 Argentina’s Emiliano Grillo also withdrew from the event and after Andres Romero chose not to commit, CT Pan of Chinese Taipei committed as the next player to qualify.

New Zealand’s Danny Lee also confirmed his selection of his Olympic teammate Ryan Fox as his partner for the 58th edition of the event. Lee, a three-time winner internationally, finished T20 in his only previous appearance at the World Cup of Golf in 2009.

Watson had expressed his desire to play on the U.S. Team for some time and while he was excited to represent his country and play in Australia, he ultimately changed his mind due to scheduling and personal reasons.

“It was a very difficult choice not to play in the World Cup of Golf. I was extremely excited to have the opportunity to represent my country and to play in Australia, a place where I have always enjoyed playing golf,” Watson said.

“Coming off the amazing experience that I had at the Olympics, it’s great to have the chance to put on the red, white and blue again and play for the United States in the World Cup of Golf,” Fowler said.

The top players from the 28 qualifying countries committed to the event on August 16 and have until August 26 to officially choose their playing partners.

Already, the field for the World Cup of Golf in 2016 has a number of golf’s biggest names joining Fowler and Walker including defending champions Jason Day and Adam Scott, England’s Danny Willett and Lee Westwood and Japan’s Hideki Matsuyama.

The 2016 tournament will return to a 72-hole, stroke play, two-man team event format. The first and third days of competition will be the foursomes (alternate shot) format and the second and final days are fourball (best ball) play.