This has been an event a long time in the making, tinged with the unfortunate controversy of mass withdrawals and non-committals in recent months and on a built-for-purpose golf course that for a long period of time, also looked like it might not get off the ground in time due to a series of administrative issues.

However, 112 years on from the first Olympic golf competition, golf’s return to the Olympic Games will at last be official when the men’s tournament kicks off at Reserva de Marapendi Golf Course in Rio de Janeiro this Thursday, with the women set to do battle the following week. 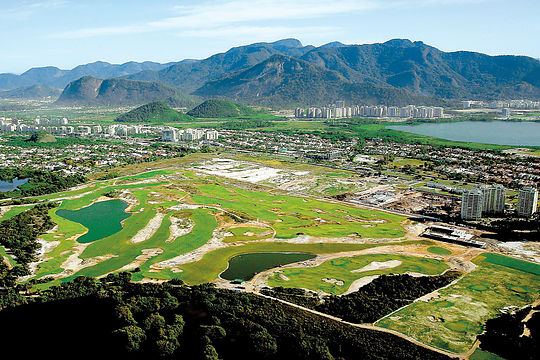 And judging from the expression of exhilaration on the face of American Rickie Fowler as he marched into the main stadium behind his flag on Saturday morning our time, representing his country as a fully-fledged Olympian, you get the sense this will be a special week after all for those who have qualified and made the journey to Rio.

41 countries will be represented in the men’s event with Australia’s chances resting with Queensland’s Scott Hend and Victoria’s Marcus Fraser, who are both bursting with pride and excitement at the opportunity to represent their countries at an Olympic Games.

Major champions Martin Kaymer and Padraig Harrington will also pose a threat for the gold medal as will a host of other players with recent good form on the board, including Emiliano Grillo, Danny Lee, Thongchai Jaidee, Kiradech Aphibarnrat, Soren Kjeldsen and Jhonattan Vegas.

Both the men’s and women’s events will be played as 72-hole stroke play tournaments around the Gil Hanse-designed layout which sits close to the coast on an exposed, sandy property.

72 hole stroke play events are hardly unique to every player in this field but battling down the stretch on Sunday with the prospect of a gold medal at the end of the rainbow, will be a different kind of pressure entirely.

A once in a lifetime opportunity beckons to all and it will be very interesting to see how the players respond in kind.