Korea’s K.T. Kim continued his winning ways in Japan and strengthened his chances of claiming an Olympic Team berth for the Rio Games with his second victory of the season at the prestigious The Crowns tournament on Sunday.

A joint runner up at last week’s Panasonic Open, Kim came from two strokes adrift of leader Daisuke Kataoka to shoot 65 on Sunday to tie the Japanese player at 10-under before going on to clinch the title in a playoff. 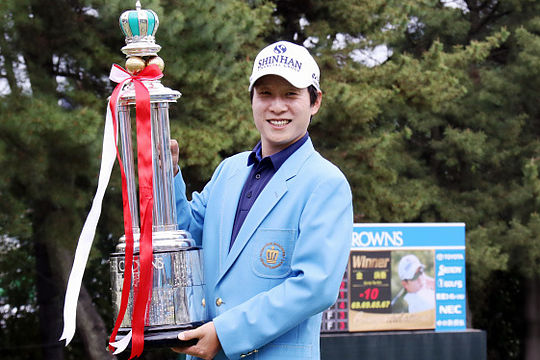 It was the 2011 Presidents Cup team member’s 12th title on the Japan Golf Tour and continues a run of form that has been nothing short of sublime since breaking a lengthy slump with victory at the Thailand Open last June.

The Crowns title represented the 29-year old’s 7th win in Japan in the past 11 months.