The PGA of Australia and the PGA Tour of Australasia are pleased to announce that the Riverside Oaks Golf Resort will host three prestigious tournaments in 2014 including the NSW PGA Championship.

After a year hiatus the NSW PGA Championship will make a return to the PGA Tour of Australasia schedule and will be played at Riverside Oaks Golf Resort from 4-7 December. 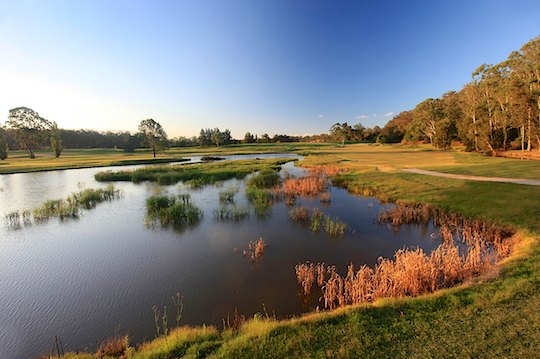 “We are looking forward to welcoming the PGA Tour of Australasia and its players to Riverside Oaks,” said Scott.

“Over the past three years our facilities have grown to include luxury accommodation, a gym, spa and our signature Bungool Restaurant. We are also excited to be opening a second 18 hole Championship course.”

“This year the Professionals will compete on the original Gangurru Course which has also undergone major redevelopment and will be a fitting test.”

The Resort’s commitment to Australian golf doesn’t end there. The NSW State Qualifying for the PGA Professionals Championship will also be held at the North Western Sydney location.

Aside from being a standalone touranment for the PGA’s Vocational Members the PGA Professionals Championship also provides an opportunity for the best Club Professionals in the country to compete for two positions in the Australian PGA Championship.

Riverside Oaks Golf Resort will also support grass roots golf when it hosts the PGA Trainees for the NSW/ACT Trainee Championship from 1st – 4th July. A junior pro-am will also be run in conjunction with the tournament.

“I would like to acknowledge and thank Riverside Oaks Golf Resort for their commitment to Professional golf at all levels,” said David Barker, Exceutive Officer of the NSW / ACT Division of the PGA of Australia.