Brett Coletta has secured a tie for third at the Web.com Tour’s Savannah Golf Championship at Landings Club-Deer Creek Golf Club in Georgia on the weekend.

Playing the secondary US Tour for the first time, Coletta, who was medallist at the 2015 US Amateur and won the QLD Open a year later before turning professional, had finished inside the top-15 in two of his first five starts on the Web.Com Tour to sit 46th on the Order of Merit. 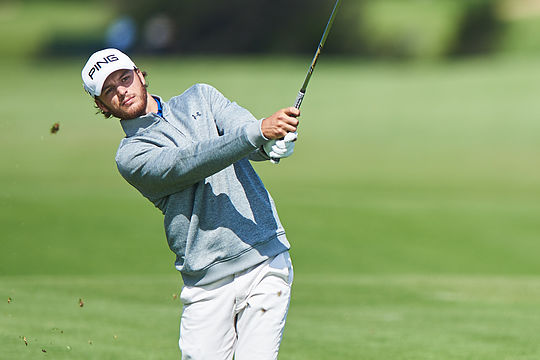 But his top-five finish in Georgia last weekend moved him up into 22nd position on the Order of Merit with the top 25 finishers at the end of the season earning automatic cards on the PGA Tour.

The 22-year-old Coletta has played six Web.Com Tour events so far this season, making the cut in three. It comes off the back of playing the Mackenzie Tour in Canada last year where Coletta played in all 12 tour events making nine cuts and recording two top-10 finishes.

Finishing the year No. 22, earned an exemption into the second stage of Web.com Tour Q-School and 2019 Mackenzie Tour status.

With a current world ranking of 521, Coletta undoubtedly will ply his trade on the Web.Com Tour in an attempt to break through to the PGA Tour.

With tour status on three tours including the Australasian Tour, Coletta certainly has a foundation to work with and his efforts on Sunday will hopefully give him the momentum to carry through for the rest of the Web.Com Tour season.

Cameron Percy was the next best of the Australians in outright 6th place followed by Jamie Arnold in equal 9th and Rhein Gibson at T42. Brett Drewitt missed the weekend cut.