Not many people can so ‘no’ to the greatest player in golf, not even world No. 1 Rory McIlroy.

Yet the popular Northern Irishman, who would love to equal the great Jack Nicklaus’ record of 18 major championships one day, said ‘no’, not once, but twice to The Golden Bear last week. 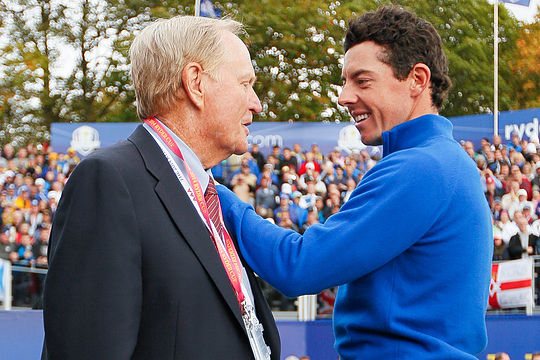 McIlroy wrote a personal letter to Nicklaus advising the host of the Memorial Tournament that he would miss the event for the first time in five years.

McIlroy last weekend played the third of five straight events in his current schedule which included this week’s BMW PGA at Wentworth and then the following week’s Irish Open at Royal Country Down.

The Memorial is scheduled for the week after the Irish Open, June 4-7.

Unfortunately McIlroy told Nicklaus he needed time off before heading back to the West Coast and the US Open, which begins June 18.

“I thought it [the letter] was the right thing to do, given Jack’s stature in the game, to write to him saying I wasn’t playing the Memorial,” McIlroy said.

“Then I bumped into him at the Bears Club last Monday. The first thing he said to me was that he’d received my letter.”

“I explained that I wanted to write to him rather than telephone or just advise the Tour.”

“He seemed pretty taken aback to get my letter, and that also made me feel good.”

“I have played the Memorial every year since coming over here so he was happy and I told him I’m already looking forward to the event next year.”

McIlroy said he felt it was important to get back home as often as his schedule would allow.

“This is a long stretch for me and the more time I can spend away from the whole scene that goes with being on the Tour the better as far.”