An almost 3-month wait came to an end today at the Charles Schwab Challenge as Ryan Palmer teed off at 6:50am alongside Brian Harman and Bill Haas to officially signal the return of the PGA Tour.

There were a few unusual incidents across the day but overall it was just another Thursday on the Tour with the world’s top golfers doing what they do best.

With the lack of crowds we witnessed, and heard, everything from Brooks Koepka complimenting Jon Rahm for his “f—ing good” shot and then Sung Kang sinking a hole-in-one but without the crowd cheering, he had no idea it had gone in until he arrived on the green.

And then there was Phil Mickelson instinctively tipping his cap after a birdie to a crowd that didn’t exist.

However, the unfamiliar events of the day seemed to have no effect on Justin Rose and Harold Varner III, who both made the most of the superb conditions to fire rounds of 7-under 63.

The pair closed the opening day with a one stroke lead over World No.4 Justin Thomas, Abraham Ancer, Collin Morikawa and Jhonattan Vegas. 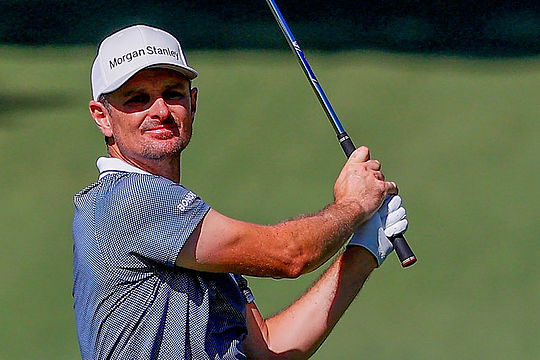 “Obviously it’s a bit of a strange situation for sure. It kind of feels like a competitive practice round. But obviously I think we all know what’s on the line. We all know what we’re playing for,” said Rose.

“We all know the competition this week especially, the field is incredible…we miss the fans. They definitely provide a ton of energy and atmosphere.”

Varner was excited about his round, which included being only the third person in 25 years to hit all 18 greens in one round, but remained cautious about not getting too far ahead of himself.

The world’s top three players were grouped together but none could muster the firepower needed to chase down Rose and Varner.

World No.1 Rory McIlroy got off to a reasonable start with three birdies and a bogey on the front nine but limped home with a string of pars and settled for a 2-under 68 alongside Brooks Koepka.

Spain’s Jon Rahm matched McIlroy before the turn but a disappointing bogey at the 18th hole saw him sign for a 1-under 69.

Matt Jones leads Aussies in the field with an impressive 4-under 66 while Marc Leishman, Cameron Smith and John Senden share 57th place at 1-under 69.

In his first round back from injury, Jason Day matched two birdies with two bogeys to close the day at even par while two late bogeys from Cameron Davis cost him three shots and saw him head home with a 3-over 73.