Ross makes history with round of 57 at Dogwood

The Dogwood Invitational in America has a history of low scoring. 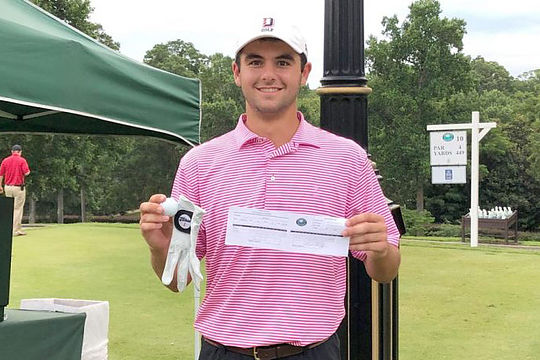 But a new low was recorded during the tournament’s third round by American Alex Ross with the 20 year old firing a 15-under-par 57, making 13 birdies and an eagle.

The record low score on the PGA Tour was a 58 from Jim Furyk at the Travelers Championship in 2017. Stephan Jaeger shot a 58 on the Web.com Tour and Ryo Ishikawa shot a 58 on the Japan Tour.

The Guinness Book of World Records recognises Australian Rhein Gibson’s 16-under 55 at River Oaks Golf Club in 2012 as the lowest official round of golf ever recorded.

Ross would go onto card a final round 70 after opening with rounds of 75-73 to finish in a share of 11th position at 13-under, with fellow American Brandon Mancheno winning the championship at 21-under.

Matias Sanchez and Zinyo Garcia missed the 5-under-par their round cut mark.