When you consider that Australians have won three of the nine British Opens played at Royal Birkdale, you’d have to suggest a field of 11 Aussies must have some sort of a chance this week.

So too, the future greats of the game as Arnold Palmer, Tom Watson, Johnny Miller and Lee Trevino have also won Opens there. 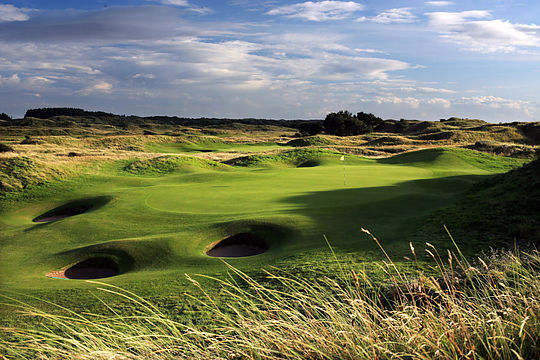 So what’s the key to this Open venue, which is regarded as one of the “lesser lights” of the Championship rota.

Well, according to 1976 Open champion Johnny Miller, it’s all about how you drive the ball.

And he doesn’t mean you have to hit it excessively long, no, it’s more about hitting is straight as he explained that hilly areas lined almost every fairway and placed a premium on driving it into the short stuff.

Does that mean we can eliminate those extra-long hitters Dustin Johnson, Bubba Watson and maybe even Rory McIlroy?

“The big thing about Birkdale is that it’s surrounded by those dunes and long grass,” Miller told a US publication.

“It’s actually pretty hard to scramble if you hit it wildly, unlike Troon or some of those other courses where you can hit it out in the car park.”

So who do we look for this week?

Although the fairways might be narrow, the wind can make a mess of some of the wilder hitters.

And it seems Jordan Spieth will even have his work cut out mastering these fairways.

Spieth, we’re told, plays unbelievable golf when he’s hitting from undulating fairways like Augusta National and even Kapalua in Hawaii where you get downhill and sidehill lies on almost every shot.

The fact Birkdale’s fairways are so flat may bring him back to the field, somewhat.

It should be remembered that just nine years ago, Greg Norman, one of the best drivers (and straightest) drivers the game has ever produced almost pulled off an unbelievable victory at Birkdale when he was sent out as a 500-1 shot and at the age of 53 held a one-shot lead with nine holes to play before being collared by Padraig Harrington on the back nine, with the Irishman going on to score a memorable victory.

Peter Thomson won there twice and steady players like Ian Baker-Finch and American Mark O’Meara scored their Open victories there as well.

So with the likes of Jason Day, Adam Scott, Marc Leishman, Scott Hend, Cameron Smith and Aaron Baddeley among the Aussie contingent, who are we cheering for?

Don’t ask me why but I think Mark Leishman might be ready to step up to the plate…the Royal Birkdale Plate, claim the Auld Claret Jug and retain Australia’s impressive record there.