Royal Melbourne and Metropolitan will contest the 2016 Melbourne Men’s Pennant Division 1 final this Sunday at Spring Valley after securing their final placings following the completion of the seven round qualifying format.

Royal Melbourne finished on top of the leaderboard with six wins, the team’s only loss occurring on Sunday against Commonwealth, who narrowly missed making the final to Metropolitan by five games. 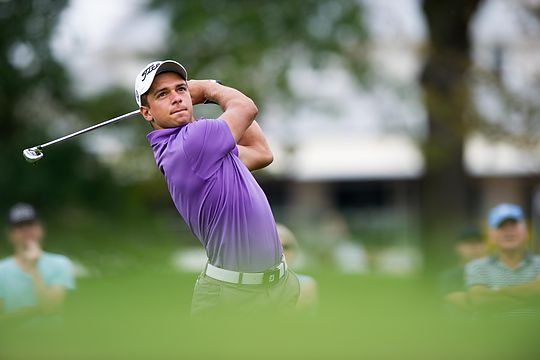 Metropolitan enters this week’s final with momentum on their side after a stunning 6&1 win over Victoria.

William Hume at number 7 for Victoria secured his team’s win with a 2&1 victory over Nick Brown.

Royal Melbourne in contrast will be looking to turn its top-order around after a narrow 4&3 loss to Commonwealth on Sunday.

Pennant matches are nearly always won from the bottom order up and Royal Melbourne’s middle order of James McMillan, Josh Hetherington and Paul Little have had a standout season so far, with Little and Hetherington undefeated players in the series.

Southern and The Heritage have been relegated to Division 2 for 2017.

Peninsula-Kingswood and Latrobe will move to the top division next year and are set to contest the Division 2 final at Riverside Golf Club. Gisborne and Cheltenham have been relegated to Division 3 for 2017.

Division 3 sees Rosedale and Keysborough in the final to be played at The Heritage Golf & Country Club with former Division 1 Pennant winners Waverley relegated to Division 4 along with Spring Valley for 2017.