Smashed 19-11 by the United States in last weekend’s Presidents Cup, despite a final-day resurgence, officials have played their right bower.

They have revealed that Royal Melbourne, the scene of the Internationals’ only win, will host the 2019 Presidents Cup from December 9-15, 2019. 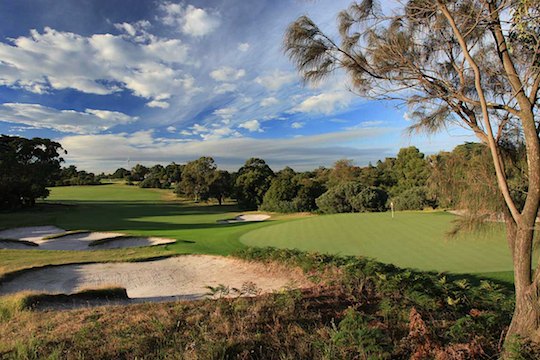 This will be the third time in the Cup’s 25-year history that Royal Melbourne, ranked one of the world’s great courses and regarded as the gem of the Melbourne sandbelt, will host this prestige event.

No other international venue has hosted a Presidents Cup more than once. Melbourne was the venue for the International Team’s lone victory in 1998 when the Peter Thomson-captained Internationals defeat Jack Nicklaus’ US team 20½-11½.

The 1998 event was also held in December, a date that traditionally works well with other golf tournaments held in Australia.

The Australasian PGA Tour executive director Matt Kamienski said Australia had proven an incredible host for the Presidents Cup in the past.

“And we expect nothing short of the first-class hospitality and welcoming culture that our fans, players, their families, our guests and our staff have received in each of our previous two events in Melbourne,” he said.

“We promise the 2019 edition will again showcase Melbourne to the world when the best players from around the globe come to Royal Melbourne.”

The 2019 Presidents Cup will bring the very best for fans interested in world-class team competition with the top 12 players from the United States taking on the top 12 from across the globe, excluding Europe.

While golf fans can expect a fabulous atmosphere and unmatched access to the competition, the Presidents Cup at Royal Melbourne will also be a social, lifestyle and business gathering that will bring all backgrounds and interests together for a week-long festival atmosphere.

While players are not paid for their participation, each competitor allocates an equal portion of the funds generated to charities of his choice.

Since the event’s inception, more than $38.4m has been raised for charity from event proceeds, as well as contributions made on behalf of the Presidents Cup, including a record charitable donation of $6m from the 2015 event alone.