The Royal Melbourne Golf Club has been announced as the host layout for the sixth Asia-Pacific Amateur Championship which will be played over the Composite Course from 23-26 October 2014. 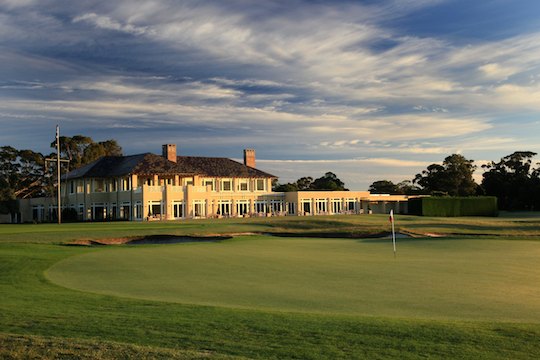 In addition, along with the runner up, places in The Open Qualifying Series are up for grabs, with the opportunity to qualify for The Open Championship at St Andrews in 2015.

Dr. David Cherry, Chairman of the APGC, commented on the event coming to Melbourne for the first time and the prospect of playing on one of the world’s finest layouts.

“We are delighted to give the best amateur golfers in the Asia-Pacific region the opportunity to play this storied venue.”

“The combination of the skill and precision of the region’s best amateur players and a course of this stature is bound to provide golf-lovers in the sport-loving city of Melbourne with a terrific day out during tournament week.”

The Royal Melbourne Golf Club has been host to many fine amateur and professional events, more recently the President’s Cup and the World Cup of Golf.

Australia’s biggest and most prestigious amateur event, The Australian Master of the Amateurs, is also played on Royal Melbourne’s West Course each January.

“Royal Melbourne Golf Club and its members are extremely pleased to have the opportunity to again showcase its famous composite course to a worldwide audience by having such a talented group of amateurs compete for the honour of being crowned Asia-Pacific Amateur Champion,” said James King, Captain of The Royal Melbourne Golf Club.

The 2014 Asia-Pacific Amateur Championship will have a maximum field of 120 amateur players.

The top two ranked amateur players from each APGC Member Association, plus the top four ranked players from the host country, Australia, as ranked on WAGR as at 1 August 2014, receive invites.

The remainder of the field (maximum 120 players) will be filled by taking the next highest ranked players from APGC Member Associations, not otherwise qualified, from the WAGR at August 1 2014

The tournament has so far produced some prominent young champions, including Japanese sensation Hideki Matsuyama (2010, 2011), a 2014 winner on the PGA Tour, Chinese sensation Guan Tianlang, who won the event as a 14-year-old in 2012, and South Korea’s Lee Chang-woo, last year’s winner at Nanshan International Golf Club in China.