One of the great finishing holes in Australian golf could decide this year’s Australian Open champion following the revelation that Australia’s premier event would return to Royal Sydney Golf Club in Sydney’s east in 2013.

Few would argue that the 18th hole at Royal Sydney’s Golf Club is a spectacular amphitheatre for any tournament and has provided some of the greatest moments in Australian golf over the years. 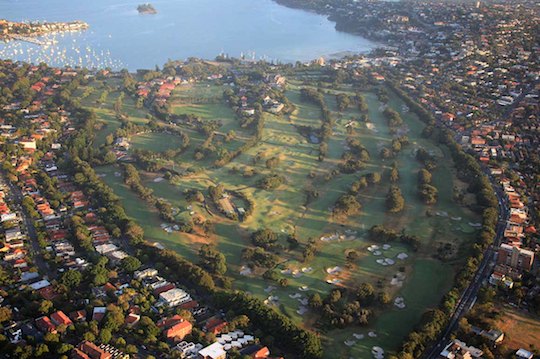 Now ‘The Royal’ will host some of the world’s best players with the Emirates Australian Open to be played there from November 28 to December 1.

After three consecutive years at The Lakes Golf Club, the Open will return to the Royal Sydney’s Rose Bay layout for the first time since 2008 when Tim Clark became the first South African since Gary Player to win the Open in a sudden-death play-off with Australia’s Mathew Goggin.

Sydney has hosted the past seven Australian Opens with the NSWGovernment, though Destination NSW establishing a strategic partnership with Golf Australia to stage the Open in Sydney until 2015.

Indeed the long-term vision is to return the Open to its former mantle as the premier event in the Asia Pacific region.

Golf Australia CEO Stephen Pitt said he was pleased the Open would return to a club with such significant historical ties to the event.

“Royal Sydney has hosted the Open 13 times and counts Gary Player, John Senden, Aaron Baddeley, Robert Allenby and Mark Calcavecchia among its past champions who have lifted the Stonehaven Cup there,” Pitt said.

“We are looking forward to returning to Royal Sydney in November with Australia’s most coveted championship.”

Thorburn said he hoped the Open could capitalise on other sporting events, including the Ashes, to bring even more golf fans from around the world to Royal Sydney’s doorstep.