Rumford favourite as field lines up for NSW Open

The NSW Open Championship kicks off tomorrow at Twin Creeks Golf and Country Club west of Sydney and will showcase the complete cross section of Australian golfing talent from young amateurs to seasoned professionals.

European Tour player Brett Rumford will be one of the players to beat this week and arguably enters the tournament as the favourite. 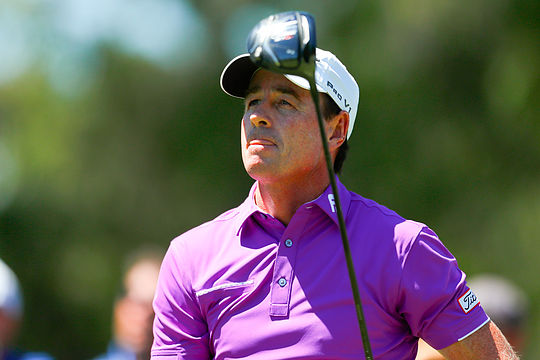 Jason Norris is another to follow with the South Australian already having a win this season which saw the South Australian playing onto the European Tour. Another is former champion Aron Price who is an experienced campaigner along with another former PGA Tour member, Rhein Gibson, will also challenge.

Stephen Leaney is fresh off a win in Western Australian and should also be a player to watch during this tournament along with Michael Sim, who won recently in Queensland.

Add into the mix the talented young professionals Jarryd Felton, Jake Higginbottom, Ben Eccles coupled with the experience of James Nitties, Nathan Green, Michael Wright, Aaron Townsend, Peter Lonard and Peter O’Malley and this is sure to be another exciting Australasian Tour event.

Smyth finished his career ranked 11th in the world on the World Amateur Golf Rankings, while Endycott finished 17th.

Notable amateurs lining up include Shae Wools-Cobb, Dylan Perry and Min Woo Lee, who were members of the Australian teams recently in New Zealand and Malaysia.

The tournament will be decided over 4 rounds (72 holes) stroke play. 156 players will compete where leading 60 professionals plus ties for 60th place, plus any amateurs on the same score after the second round, will qualify for the weekend.

Last year Adam Blyth captured the biggest title of his career with a gritty fourth round at Stonecutter Ridge to finish at 23-under and a four stroke win.