Shane Lowry will not take his near-winning Honda Classic form into this week’s Arnold Palmer Invitational and he disclosed he’ll also bypass the Texas Open again in the week prior to next month’s Masters.

Not for a moment is Lowry throwing the toys out of his tournament’s pram following last Sunday’s bitter second-place finish. No, Lowry’s simply sticking to the plans he had in place before teeing up last week at PGA National in Palm Beach Gardens. 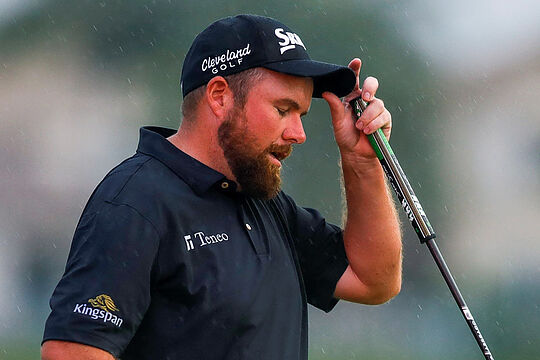 Lowry has contested this week’s Arnold Palmer Invitational on four previous occasions from 2015 to 2021 and has missed the halfway cut each time. He’s not broken 70 in any of his eight rounds and is averaging 73.75 a round at Bay Hill in suburban Orlando.

“In working out my early schedule this year, we talked about Bay Hill and I just haven’t played well there, so we decided long ago that I would not be entering the event”, he said.

“Even after the outcome on Sunday, I want to stick to my schedule, and if it means having this week off so I’ll play the Players Championship next week where I’ve played well in the past, including a top-10 last year”.

For a second year in succession, the Open Champion will bypass contesting the Valero Texas Open in the week prior to the Masters.

“I didn’t play in Texas last year and I’m going to stick with that decision again this year, and that’s to have the week off before The Masters”, he said.

“I am heading to Augusta the week before and we’ll spend two days and one night there. I did that last year and I feel it works well for me and it gives me a lot of time in the week of the tournament for things that I need to do rather than trying to squeeze in rounds during the days leading up to the Masters”.

Lowry’s bitter result last Sunday was rewarded with a jump of 15 places back to World No. 35 where he had been on the World Rankings at the start of 2021. However, the 37-year-old has now had nine second-place finishes in his pro career, including the 2016 US Open at Oakmont when he went into the final day leading by one but had to settle for second behind Dustin Johnson.

Sunday’s latest ‘bridesmaid’ finish was no less a bitter pill to swallow for a number of reasons. It was Lowry’s first PGA Tour event of the year; he’d gallantly wiped out Daniel Beger’s five-shot overnight lead in as many holes and he was tied for the lead when the heavens opened as he made his way to the 72nd hole tee.

It didn’t help that Tour officials blatantly overlooked Berger’s ‘snail-like’ pace on the greens that, you could argue, eventually led to the final group being caught in the downpour and nor was play halted as it could have been despite there being no threat of any electrical activity.

No, Lowry took the result bravely as he sought to end a 31-month winless drought since capturing the 148th Open Championship.

“It’s hard to take, to be honest. I feel like I’ve got the tournament stolen from me”, said Lowry through gritted teeth.

“It’s hard to win out here. It’s just hard. End of story. There is no point saying any different.”